The Retrostone is a brilliant little handheld device running a Pi, with enough buttons and build quality to make it the top of this years Christmas want list for all budding RetroPie enthusiasts,  Powered by an Allwinner H3 1.2Ghz quad-core CPU which is the same chip found in some Orange Pi single board computers, meaning a nice build of RetrorangePi (Retrostone Edition) is a great base for this image.

The Retrostone from 8bcraft can be found here, but in a nutshell, its a handheld SBC waiting to be used and abused – the screen is a 3.5″ screen, meaning any ‘retro modern’ gaming such as PSX wont look fantastic on it, so this image has been created primarily for Handhelds such as the Game Gear, Neo Geo Pocket Color and MANY More! It does have a few consoles thrown in for good measure.

We wanted a decent HANDHELD image for our handheld Pi, although there are a few images out there, they are not really targeted at what we wanted to achieve, its a flipping 3.5″ screen for gods sake… Ever tried Twisted Metal on anything smaller than 10 inches??? C’mon now!! This is a very simple image, loaded with the best handhelds and a few consoles (see the video) and all the Roms ready to go – with a tribute to our favourite retro arcade gaming site on boot! – The RunAways 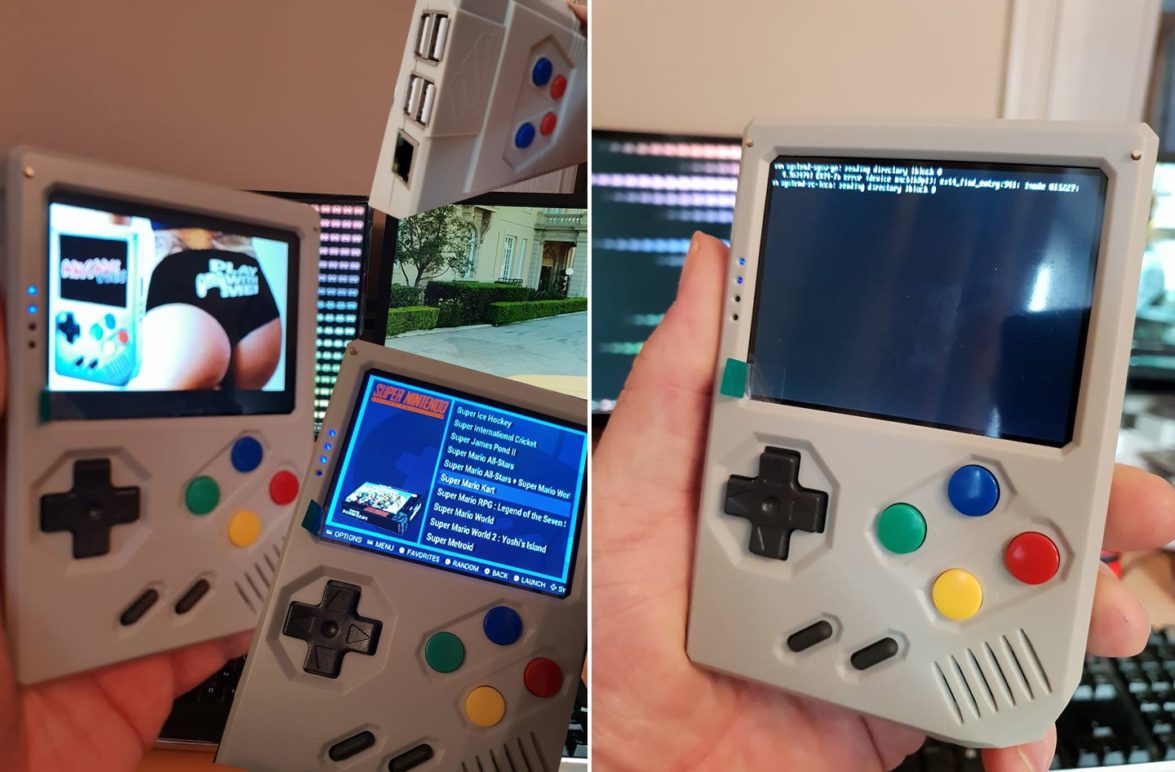