The ‘Supreme Team’ are back re-branded and shooting to kill! WDG and Regalad present “Supreme Unified” – Supreme unified is an heavily modified version of Motion Blue Unified by David Marti with all the latest scripts as well as some scripts you have yet to see! A fully loaded 200gb Raspberry Pi image loaded up by “The Retro Budz”, as well as the vanilla flavour 8gb “lite” version so you simply add your own ROMS.

The most advance and complete build for your Raspberry Pi:
-Biggest systems and collections support
-Biggest script library
-Best multimedia build
Supreme Unified is an heavily modified version of Motion Blue
Unified by David Marti. Our goal is always to make the very best
base build for every type of user. We only use the most updated
scripts, front end advancements and tweaks from the pi community.
We hope you enjoy this build and would like to personally thank
everyone that’s been apart of the development of Supreme Unified
base.                                    –    SUPREME TEAM 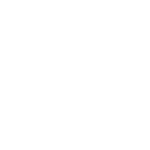