Before fans of many other fighting series enter the stage of rage, I’ll clarify — it’s the best for me personally. And the reasons in this article might be quite subjective. Still, why not share my opinion to try and bring more attention to this awesome fighting adventure? You might get fresh motivation to return to those fantastic splashy matches or even launch DBFZ on your gaming device for the first time.

Yes, Dragon Ball FighterZ is Super Great! And without further ado, here are seven reasons why.

I know, not everyone is a fan of this anime series (and many people haven’t watched anything of Dragon Ball). But please, stay with me, and I’ll explain how it’s bigger than just a cool franchise.

Each fighting game has its atmosphere. For so many titles, it’s pretty… straightforward. There is an evil guy who seeks world domination (Heihachi Mishima in Tekken) and powerful martial artists who want to reach the level of perfection and become the strongest of them all (Ryu in Street Fighter). Many fighting titles have unusual personalities in their rosters, but they are rarely the same extraordinary as Dragon Ball characters.

Goku is from the race of Saiyans, the most dangerous warriors of the Galaxy. His whole life is a constant path of reaching new levels of power. He trains with mythical gods, accumulates cosmic energy, and changes his form whenever it’s needed. And yeah, he can fuse with another Saiyan, Vegeta, to form totally different characters: Vegito and Gogeta.

Frieza is kind of an all-mighty tyrant who has an army to conquer the world and paranormal abilities to destroy rebellious planets. He is filled with evilness and arrogance. And just look at him! He’s a scary alien, all right. Add here other totally non-human creatures, like Cell, Beerus, Majin Buu, and Janemba. Controlling them is an exceptional experience.

Even if you are not ready to watch many episodes of Dragon Ball, you have all the chances to enjoy this fantastic roster. They are strong, vicious, fun, and cute. You’ll have a perfect choice of archetypes. And the whole atmosphere here is far from being boring. 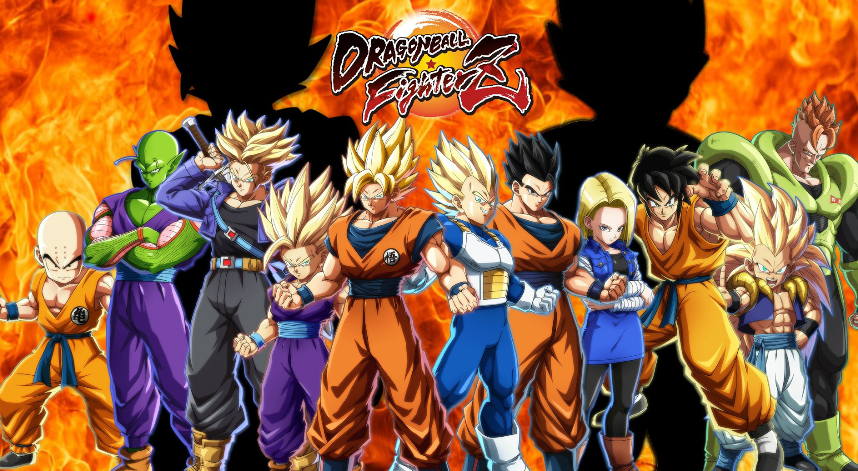 One thing I personally don’t like in fighting games (and also, it limits the growth of this genre) is how difficult some titles are for beginners. You actually have to invest a lot of hours to develop just basic skills. And it’s not like a path with clear steps — often, a decent portion of dedication is needed to practice again and again, look for tricky techniques, and understand the real abilities of your character.

Dragon Ball FighterZ is different here. It also requires significant practice to become a decent competitor. And still, it has this invaluable feature when someone grabs a controller and immediately enjoys the fights.

For sure, some initial effort will make this starting experience much more interesting. And the beginner tutorials in the game are absolutely awesome. They are naturally included in the first matches of the story mode, and you enjoy them in combination with the unique plot. Very soon you are ready to have a proper DBFZ match.

The more you play, the better you become. And the game gives you all the necessary tools to grow, such as:

Multiplayer fights might be a bit tougher, but the game connects beginners with beginners, so it’s also an accessible kind of fun.

Auto combos in Dragon Ball FighterZ make you feel especially powerful. You just mash one button, and your character delivers an amazing series of hits. Such a simplified mechanic is great for casual gamers, and it’s strong support for the active player base.

3. The fighting mechanics are very deep

Being deep is an essential feature for fighting games. You practice a lot, and you need more tricky stuff to learn and take to your “arsenal.” There is no level of knowing everything in a good fighting game. Top professionals make miracles, but no one has guaranteed victories.

Dragon Ball FighterZ allows you to evolve as a fighting game player, and the sky’s the limit here. Auto combos are kid toys in comparison to other stuff you can do in the game. Just watch any professional event! A player finds an opening in defense of their opponent and starts a breathtaking combo. Z Assists, Special and Super Moves, the variety of characters in the roster, and lots of other aspects make DBFZ a full-fledged fighting experience.

The game is nicely balanced. You can check players divided by their power in this Dragon Ball FighterZ tier list. But this division does not mean some characters are bad or some others give you ultimate power. Whoever resonates with your style will be good in the matches.

The developers put significant work into polishing their product with patches. At some point, this support will be stopped. But even now, the general level of the game is extraordinary.

The fighting genre has a few subgenres:

Ok, it’s totally a personal opinion again, but for me, team fights are a superior version. It’s faster than traditional ones, and it has a more “serious” feeling than platforming games. Dragon Ball FighterZ is the best in its niche.

You choose three characters instead of one and have more options in different matchups. Whenever your opponent takes some card from their pocket, you probably have a fighter to deal with this threat.

You can change fighters on the go and call an assist from inactive teammates. And the opponent can do the same, which makes the whole process even more unpredictable and exciting.

It seems like I’ve told enough practical things, and it’s time to talk about something just awesomely beautiful. Each of Dragon Ball FighterZ characters can perform Super Moves. And they are so great!

In fact, most fighting games have something like this, but not every one of them has this humor (turning the opponent into candy or a ball) and such massive destruction (like x100 Big Bang Kamehameha that kills instantly).

Super Moves are an integrated part of deep mechanics, and they are also so satisfying to land. The game delivers quite a show!

6. DBFZ gives space for your creativity

In some games, you should learn specific tricks to succeed. And those tricks are stable and universal. Good fighting games also have tricks, but the developers insert many of them, giving the players all sorts of tools to express themselves in fighting matches. Yeah, you have so many such tools in Dragon Ball FighterZ!

On any level, you have countless ways to achieve victories. The obvious basis here is the selection of characters. It’s impressive and becomes even better considering 3v3 fights — you have three mind-blowing characters in your team.

Then, you can choose one of three Z-Assists for each character to use in many different situations. And then, you have so many options in creating your offensive and defensive actions, combining all the available attacks in super long combos.

Possibilities here are almost limitless, and I love that.

7. The game opens opportunities — for professional and casual players

It’s time to mention things beyond the actual process of playing Dragon Ball FighterZ. We have fun fighting, but could the experience bring something in addition?

All fighting games develop vital skills that help to succeed in your career or creative work — attention, quick reaction, memory, and improvisation, to name a few. DBFZ also does this.

If you are really good at this game, you can start a career as an esports professional. The fighting genre is not the most popular in esports, and still, many players prefer it to shooters and MOBAs. And there are some bigger titles in fighting esports as well, but Dragon Ball FighterZ is a great title to shine, win tournaments, and potentially carve your path to bigger esports fields.

One interesting feature of the fighting games community is that you can jump between games. DBFZ is a very good starting platform to feel the genre, and then choose to stay in this title or explore your opportunities as a pro player or content creator for other popular fights (for example, in other games of Art Work System, such as Guilty Gear or BlazBlue)

If you do not consider such a pro path, Dragon Ball FighterZ might become your perfect step in the direction of enjoying the anime or bringing your skills into many other games of this genre. 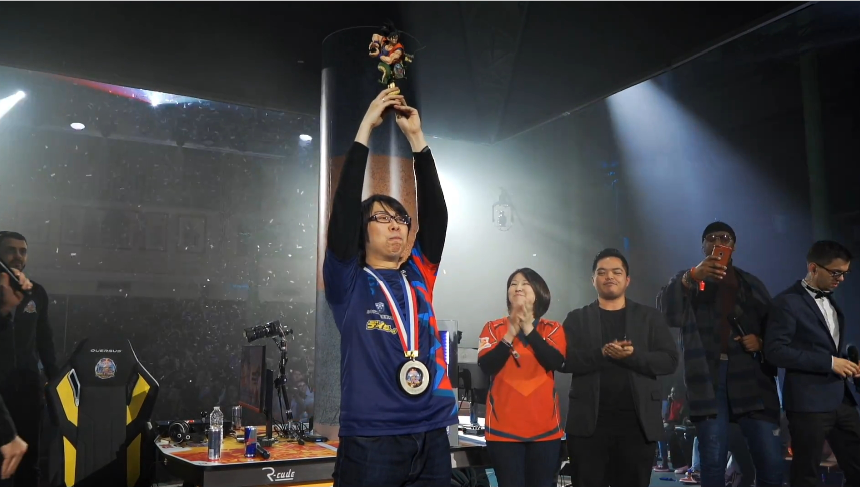 Dragon Ball FighterZ is very good indeed, even if you do not consider it the best fighting game ever. For me, having all the described aspects gathered in one title is amazing and worth giving the crown! I hope you’ve got a fresh look at this title, so we could meet in the dimension of online multiplayer.

Why you should consider paying your online casino with crypto

5 Steps To Become a Successful Gambler