Sports have been around a long time, and video games which take inspiration from sport have been, too. There have been some epic releases over the years on the console, and it’s the classic retro games which paved the way for what we see now. Nintendo was then and still is, a force in gaming. Their consoles have gone down in history as some of the best, and games carrying a sporting theme or taking inspiration from sport were popular and helped to establish the company as an iconic name in the video game industry. 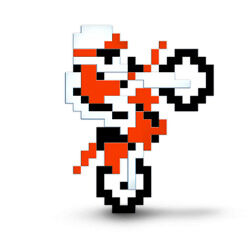 Excitebike is a game which debuted in 1984 in Japan, and two years later it was popular on a global scale after releasing in the US, Canada and Europe. The motocross title launched alongside the NES, an iconic console and a significant part of gaming history. Excitebike was a part of the Excite series, with titles such as Excitebike 64, Excitetruck and more following. There have been remakes of the original, most recently in 2011. And the simplicity of the gameplay is what made the game what it was. Simple games are still effective in the modern era, as shown by the slots at William Hill, which is an online casino site for Canadian players. 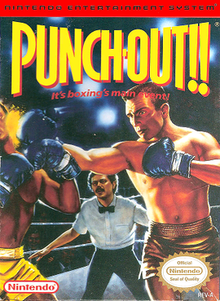 Believe it or not, there has been an epic series of boxing games on Nintendo. Known as Punch-Out, and first hitting the scene in 1983, the series began life in the arcades, before making it to home consoles further down the line. Even Mike Tyson had a version based on him, which debuted on the SNES in 1987. In total, there have been eight Punch-Out titles in the series, with the latest two over a decade old. The excellent news for anyone who enjoyed Nintendo’s delve into the boxing world is that the original Punch-Out is available to purchase from their eShop.

Konami’s game Track & Field is an iconic title, and it was the first to take on an Olympic Games theme. Players could take on events such as the 100-meter dash, long jump, javelin, 110-meter hurdles, hammer throw and high jump. And the fantastic news for Nintendo fans at the time was that they could enjoy Track & Field on the legendary Gameboy, the most famous handheld console of all time. The game was also available to play on the NES. It was athletics at its best in video game form. And everyone bought into it because of how popular the Olympics were at the time.

The likes of Microsoft and Sony may overshadow Nintendo nowadays. But one thing is for sure; they were the market leaders for many years where consoles were concerned. And it’s their trick of making simple yet effective and enjoyable games which made the brand what it was. Even their dip into sports proved successful, with several iconic releases which many still play today.