The hilarious party arcade game Conga Master sees up to four players each controlling their chosen party-goer in his or her quest to create the most epic conga line ever.

Travelling through different nightclub locales during a night to remember, players will find all manner of dancers with different styles and personalities. Shimmy up close to entice them with a successful display of dazzling dancing, and they will join your line. But, with great conga comes great responsibility, and the longer the conga, the harder it will be to maintain momentum and avoid disco downers, like the crotchety custodians or the pigs in disguise who will try to infiltrate your line and stink up your party vibe. 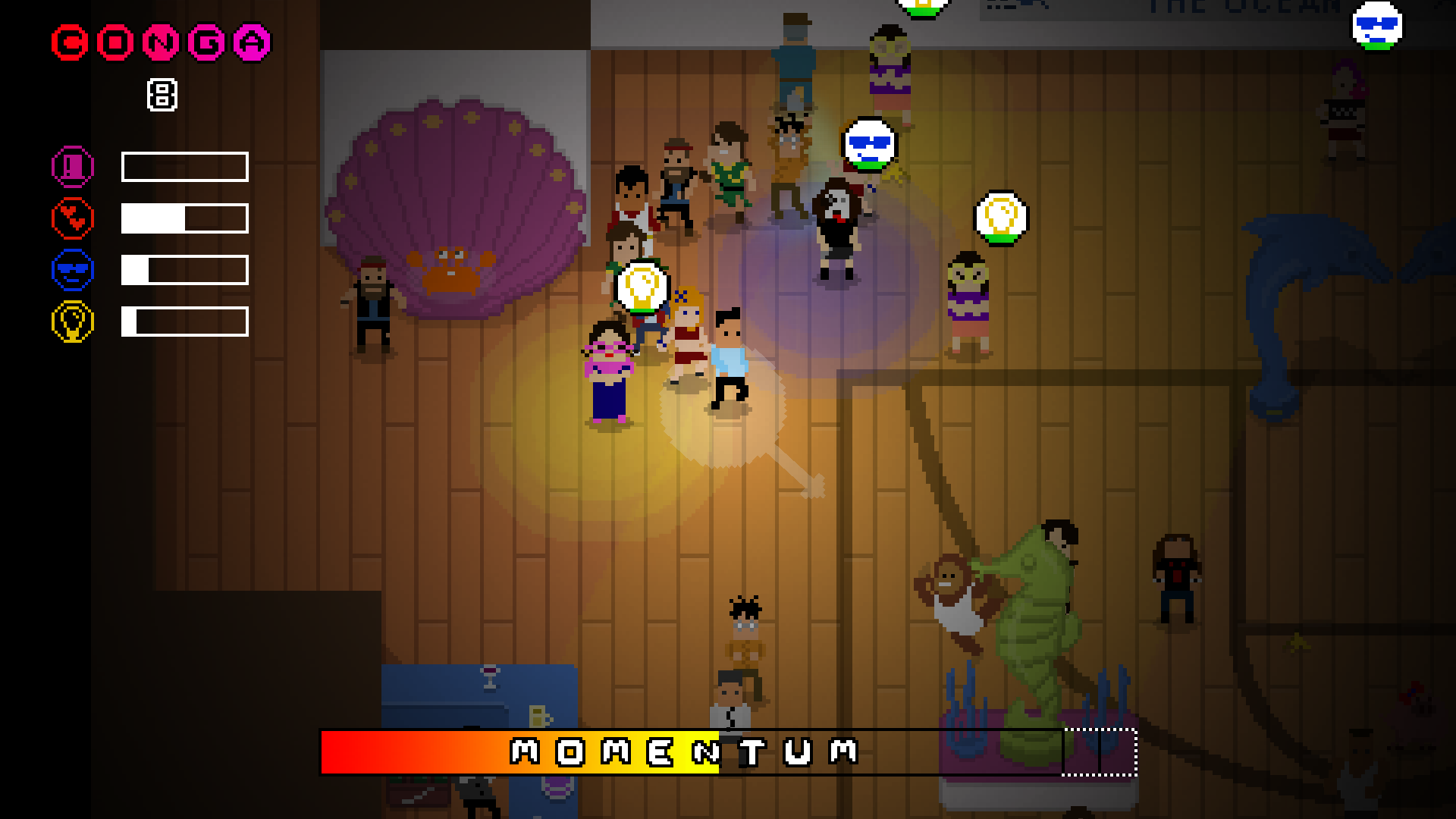 Birthed out of the theme-based accelerated game development event ‘Ludum Dare’, Conga Master is now a fully fleshed-out, content-packed game in its own right. Conga Master features extensive local co-op and competitive multiplayer modes for up to four players as well as a crazy single-player campaign. Don’t be fooled by the easy-to-learn, simple two-button controls – the game boasts a wealth of features such as combo systems, objective-based play, over 30 different characters each with their own skills and attributes, seven different nightclub environments, bonus stages, unlockable rewards, online rankings and ‘endless’ modes, and much more.

“ Conga Master has a singleness of vision that glitters and stands out in today’s gaming space,” said Lee Skittrell, Marketing Strategist, Rising Star Games. “The game’s heart and spirit is made of pure unabashed fun; the kind of game that brings smiles to the faces of players young and old alike, coupled with a pleasingly peculiar sense of humour. Conga Master is a shiny and surreal disco-ball glittering over the heads of our already hugely diverse portfolio of quality titles.”

“All our life we wanted to play a conga dancing game but nobody would make one… so we had to become developers to fulfil our dreams,” said David Jaumandreu, CEO of Undercoders. “When we saw that the jam version of Conga Master was ranked as the top 5 most fun game of Ludum Dare 34 (out of 1,600+ entries!), we knew we weren’t alone!”

Soul Crushing Burning Of Cabinets from The Boneyard…