Everything You Need to Know About WoW: Dragonflight

Are you familiar with World of Warcraft? Hang in there! WoW is an extremely adventurous game online. The compelling characters and the fictional world of Azeroth will excite players to delve into and reach the highest level soon.

Do you know that WoW has good news for its players now? WoW Dragonflight is the new upcoming version of this series. Dragonflights represent several classes of dragons. To their surprise, players can expect many new creatures in this version.

Are you intrigued? Yay, let us get into the blog to know the special aspects of the WoW Dragonflight.

How is World of Warcraft Steam-winding?

World of Warcraft is set in a fantasy world that has different make-believe creatures such as gnomes, elves, orcs, and dwarves. The game was initially announced in 2001 but introduced only in 2004.

Are you wondering how WoW is so special from the large crowd of games set in fantasy worlds? Here’s the answer to your question. WoW is one of the fantasy games that updates interesting versions periodically. WoW started with a game update in 2007, The Burning Crusade, and released 8 updates. The latest update was released in 2018, Battle of Azeroth, All WoW updates have their own ‘player perks’.

As aforementioned, they announced the latest version, ‘Dragonflights’ on November 28, 2022. World of Warcraft lovers are anticipating the new version since it’s got so much on its plate!

WoW’s plot already has dragons as one of the creatures in the game world. Now, WoW Dragonflight is a new version that deals with the sub-creatures of dragons. In this game, you also have a new class Evoker, and race Dracthyr.

This new version revolves around pride in the heritage of different types of dragons. The dragons are defined in different colors such as red, blue, green, black, and bronze. Five categories of these dragonflights are from different lineages.

WoW Dragonflight revolves around their actionable goals in the world of Azeroth. The races, classes and exceptional user interface in this upcoming version are the key factors that intrigue gamers to experience it soon.

What’s So Special about the New Race in WoW Dragonflight? 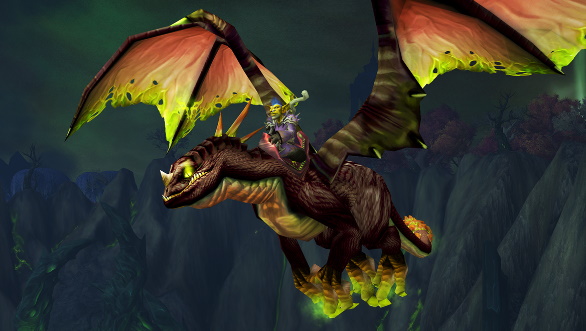 Have you ever wondered how exciting it would be to fuse dragons and the human race in WoW? This new game, WoW Dragonflight has introduced Dracthyr which is a blend of dragon and human races.

Apparently, this race combines the extraordinary strength of humans and dragons. One of the finest aspects of WoW is its lore. Dragonflight, a new version enhances its lore and brings more excitement to the table.

Locations in the WoW Dragonflight

WoW players are going to experience different locations in the fictional world of Azeroth.

Since Dragons play a vital role in the new version, gamers can expect absolute perks with this mythical creature and the types in Dragonflight. Players will experience dragon riding and unlock fascinating customization options.

The dragon creatures are bewitching in their classified colors in the new version. We’ve already looked into the primary dragon classes with five different colors.

The secondary classes in WoW Dragonflight are Chromatic, Infinite, Netherwing, Nightmare, Plagued, Storm and Twilight. Apart from the above classes, they’re also non-dragon creatures such as Dragonspawn, Drakanoid, Drakeadon, Undead and Proto-dragon.

So now you know this expansion is not an easy nut to crack. You can also go for WoW Dragonflight Boost for toughless journey.

WoW Dragonflight is largely packed with glamorous creatures. The game narrative also unfolds profound lore. If you are a fan of WoW, we can already sense your eagerness to play this new version.

A Guide to Useful Computer Games for Children