The Raspberry Pi Foundation have just released the Pi 4 , 8gb model – double the memory of the model that has been on sale for the past year (ish) – In a post on the Raspberry Pi Org website they say

The BCM2711 chip that we use on Raspberry Pi 4 can address up to 16GB of LPDDR4 SDRAM, so the real barrier to our offering a larger-memory variant was the lack of an 8GB LPDDR4 package. These didn’t exist (at least in a form that we could address) in 2019, but happily our partners at Micron stepped up earlier this year with a suitable part. And so, today, we’re delighted to announce the immediate availability of the 8GB Raspberry Pi 4, priced at just $75.

Some eagle eyed Pi 4 owners would have noticed on their beginners guide and compliance leaflets that it has always stated “PI 4 Model B, 1GB, 2GB, 4GB + 8GB Variants” 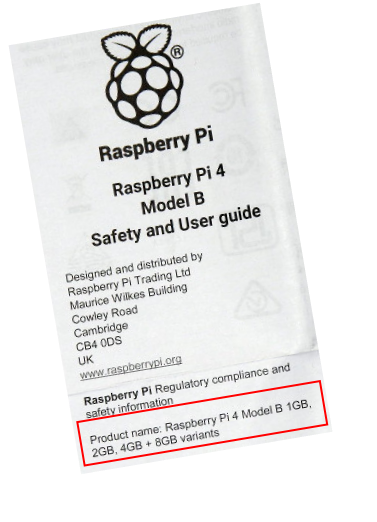 The 8GB has ALWAYS been planned!

Power supply components on the board, have changed slightly to allow for the new peak current requirements of the memory – components have been changed as well as changed location. As well as

The beta version and more information can be found HERE

HOW WILL THIS AFFECT FRONT END BUILDS?

We can only speculate, the release was just minutes ago and we, nor any builder we know, dont own one yet, but I guess its safe to say “Bigger is better” most of the Pi 4 images we have seen have worked better on 4gb models than the 2gb models, so someone, somewhere will tailor a 8gb build, no doubt about it – who knows though, we could be reaching into the realms of making 64bit worthwhile for front ends – this *COULD* Mean Nintendo Wii emulation at its finest on such a small device (and yes we know it costs x3 more than a used Wii – but that is NOT the point!)