Decisions were made in Sega Mega-Tech Conversion – Phase 2 , now its time for action, lets see what this baby can do….

Did I mention I am a Virgin? 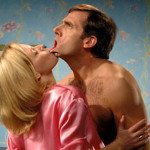 This is where it gets scary, Ive NEVER done any type of modification like this before, sure Ive done some software on hacked touch-screen quiz machines and turned them into Jukeboxes, and Ive played emulators, hacked Wiis to play everything and emulators, but never a big beasty project like this!

So what first, well we know we are going to put a pc in as the main ‘brain’ so we’ll need to get the control panel (joystick and buttons) to work with the PC, this proved to be quite a simple feat, in theory, but the practise was slightly different….

I purchased a USB ARCADE INTERFACE from Ultracabs, a company which I have bought other things from too, with great customer service and a fantastic response time via their FaceBook page.  This little gadget will allow me to connect the buttons and joysticks to a small control board which I can then plug into a PC via USB.  This turned up (Quite quickly!) along with the following diagram:- 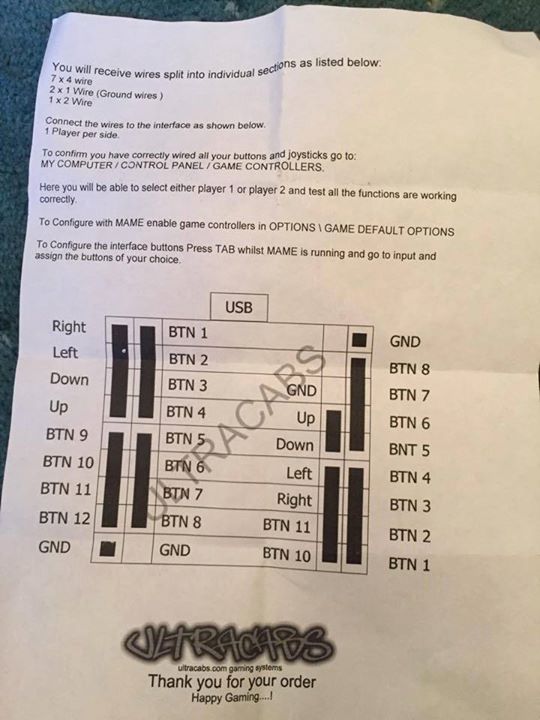 On the surface I didnt really ‘get’ what I was looking at, but worked with it anyway. You can see from the gallery below, I decided to have a little play and start connecting everything up. 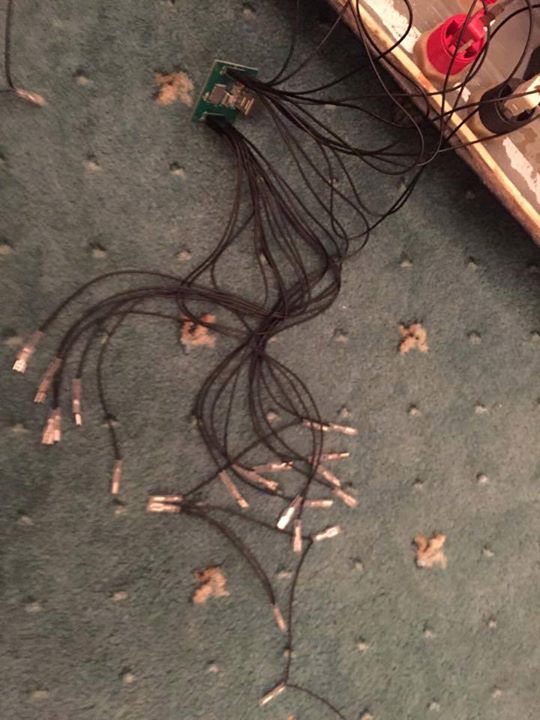 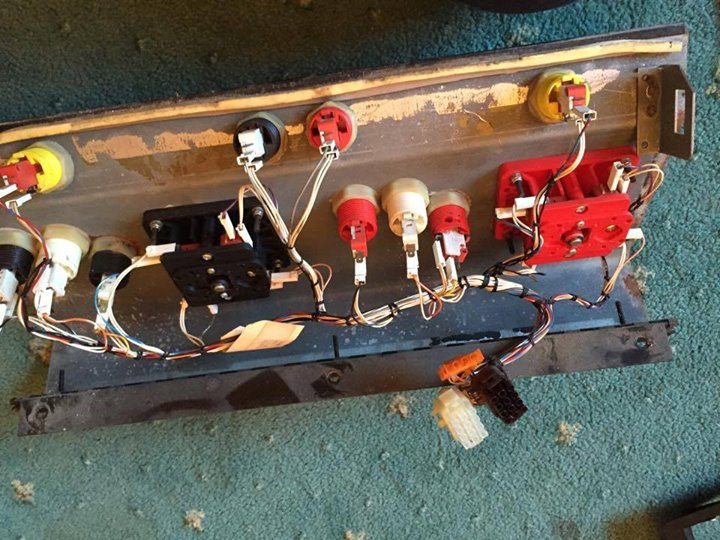 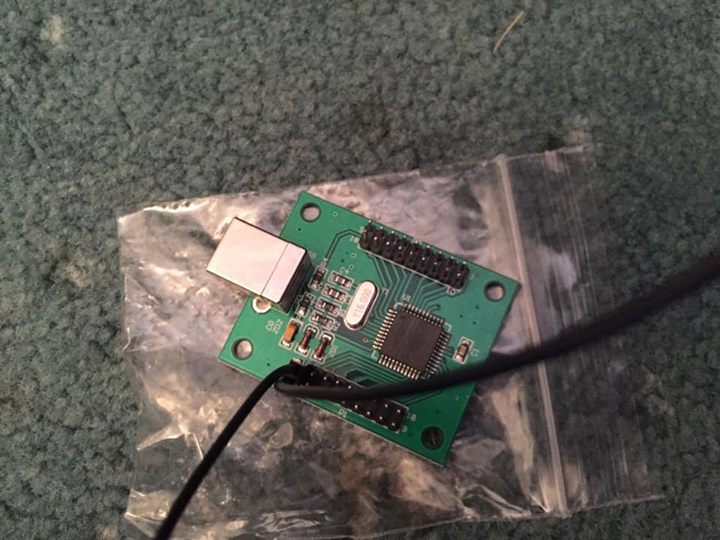 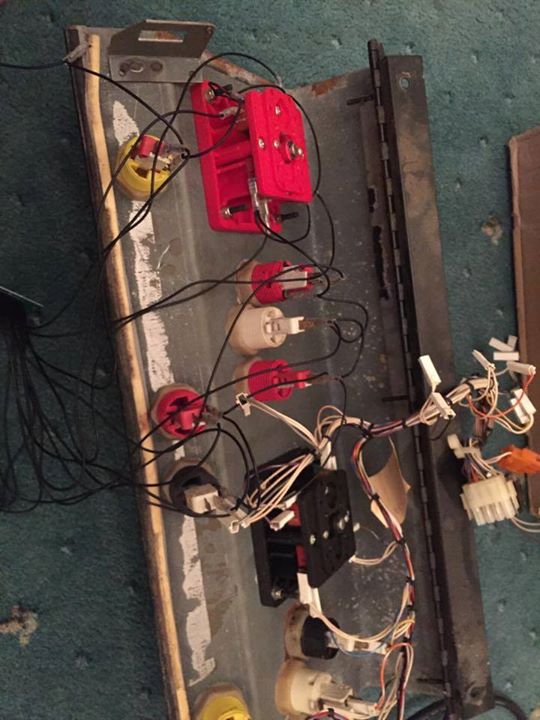 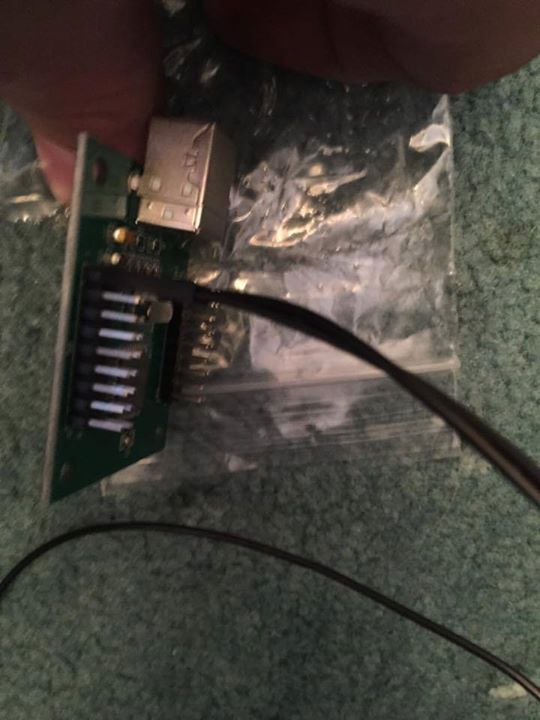 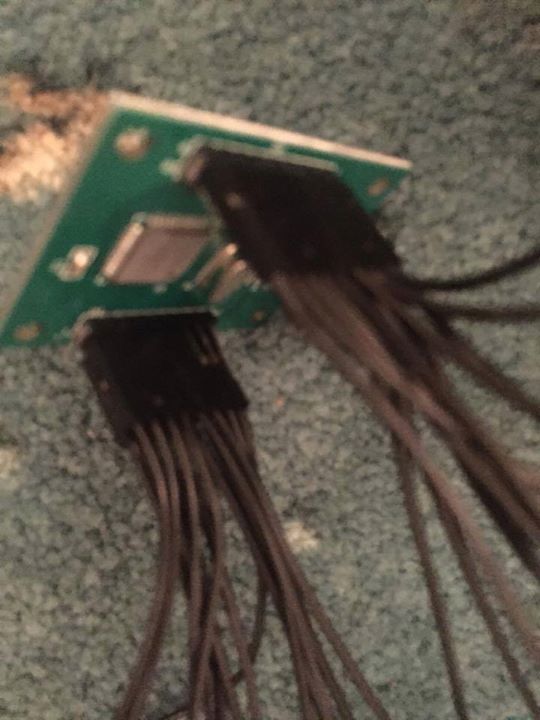 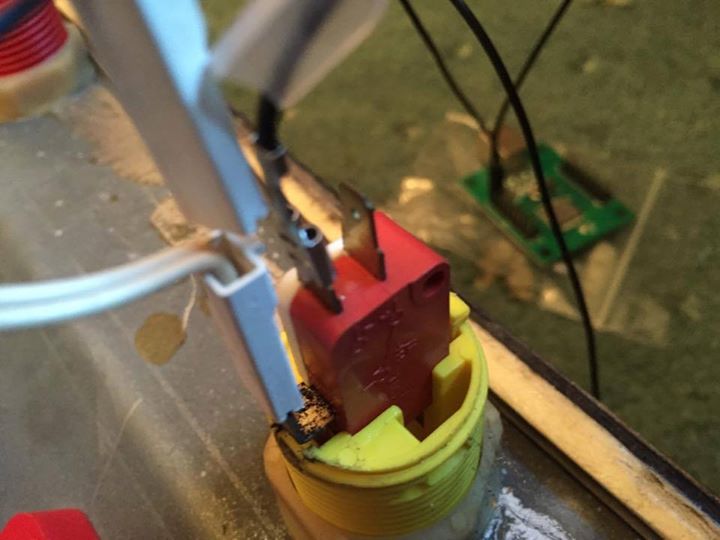 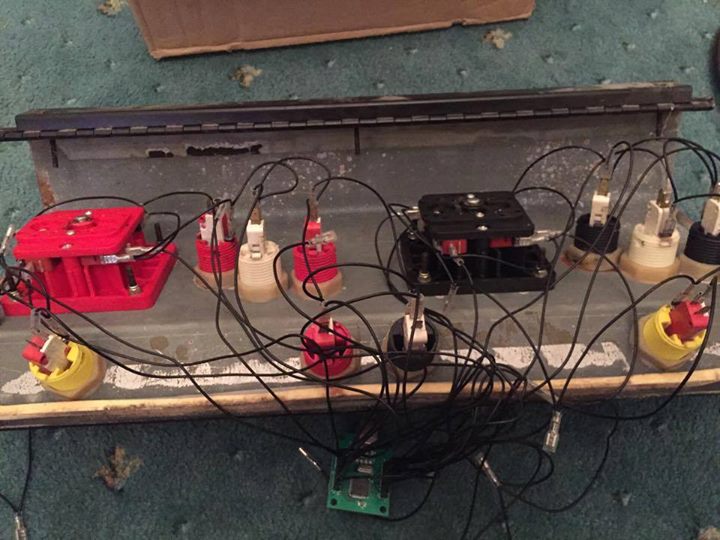 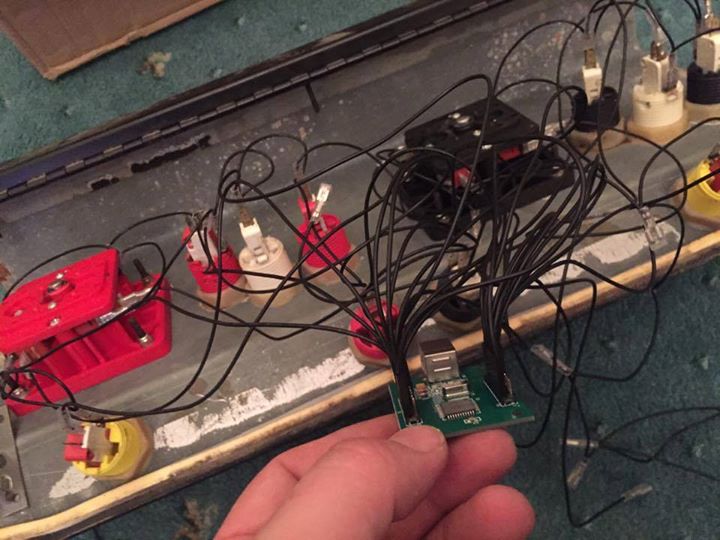 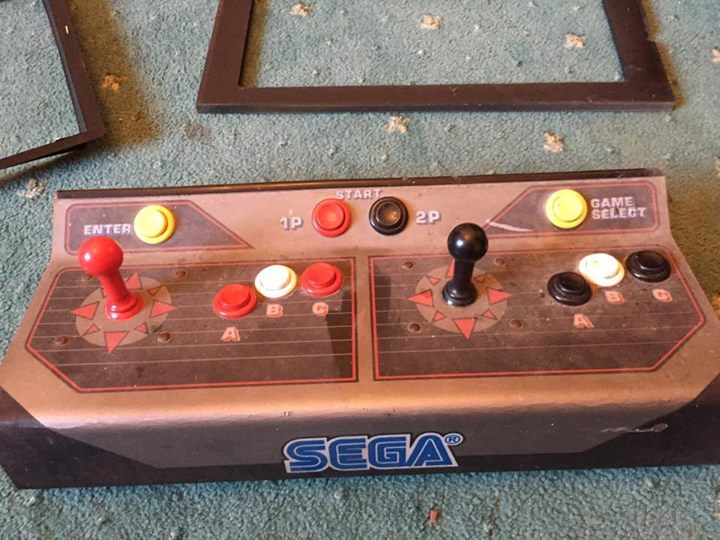 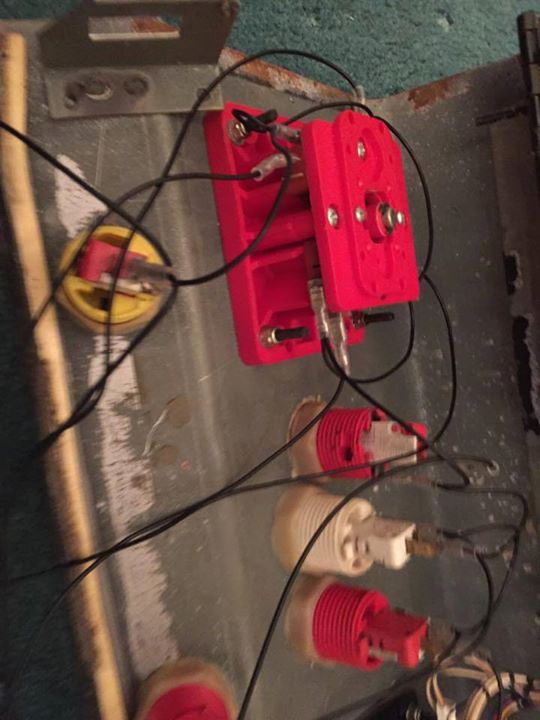 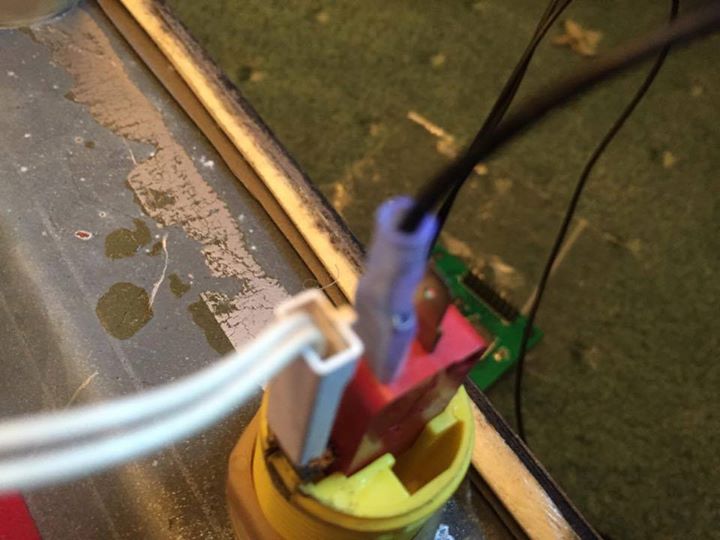 Everything worked as it should, I then connected it up to the PC and configured it as a controller, ran a copy of Hyperspin I had been working on and away I went.

To get the main screens running, its not as simple as plugging in a vga cable to the PC, these retro screens are CGA so need a VGA to CGA converter, which I purchased from eBay from a really shitty company who never responded to any of my questions (like does it come with leads?) – however it turned out they NEVER came with any leads, so had to play about with it for a bit, using the possible service manual for the monitor and working out which wire went where…. 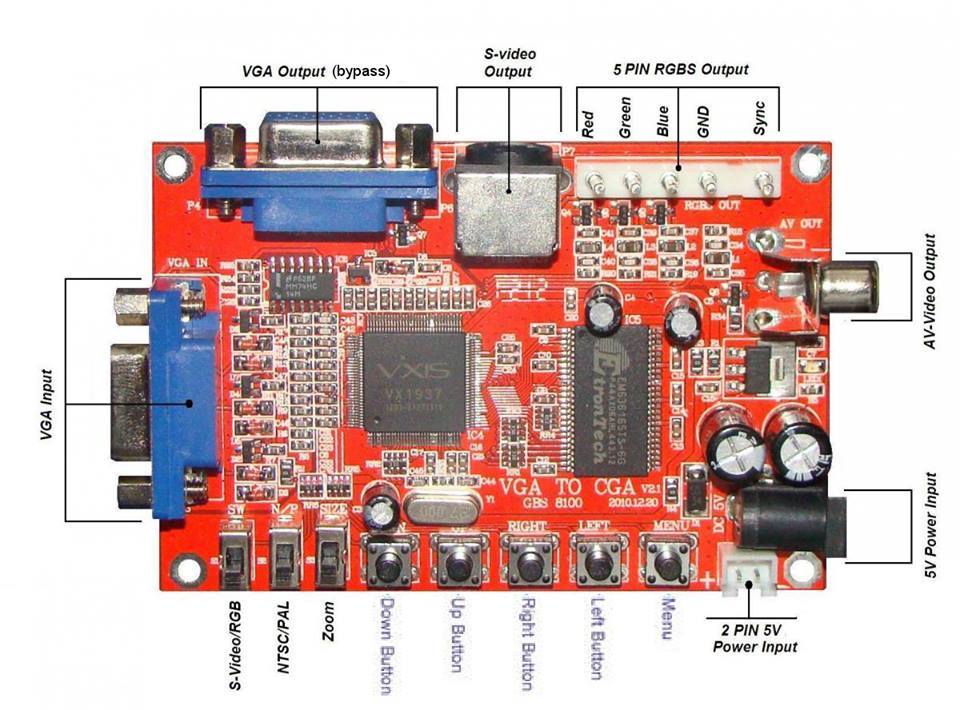 A long conversation with the guru Ash Evans (Approximately 2 hours) and the decision was made, a temp fixing with choc-blocks (aka connector blocks) and a creation was born… 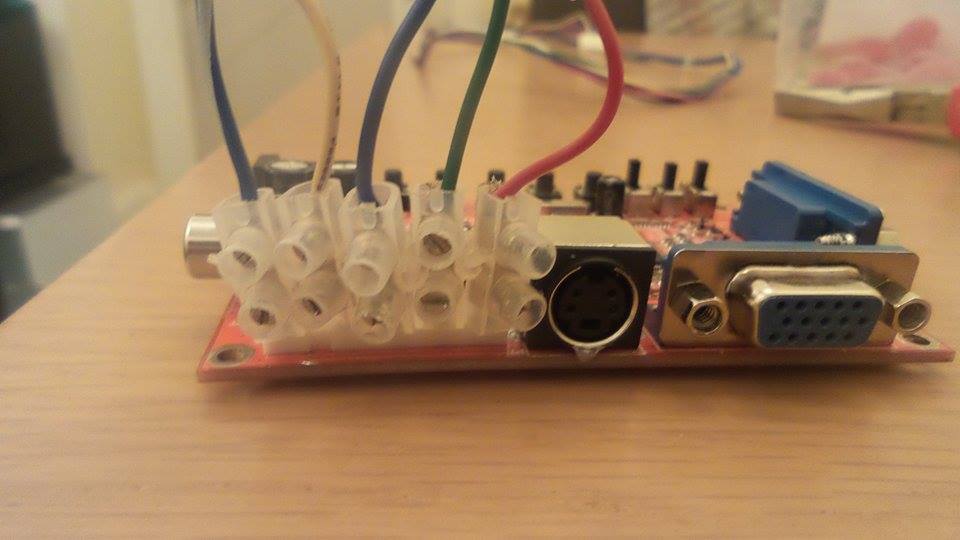 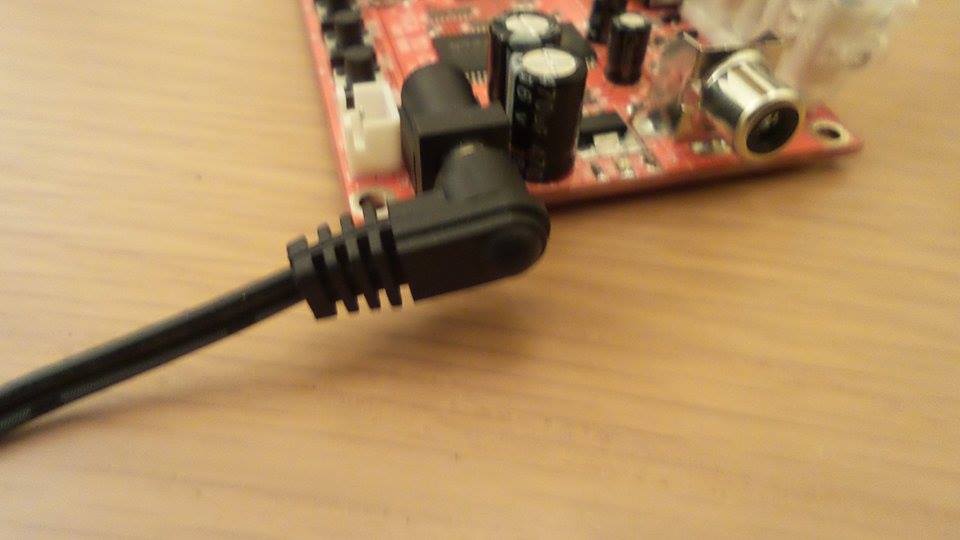 Fitted, it in, after a bit of messing with the switches I finally got a picture, so we go from the PC via VGA to the input of the card and then from the card to the CGA, CRT Monitor, and my god the picture was GORGEOUS! 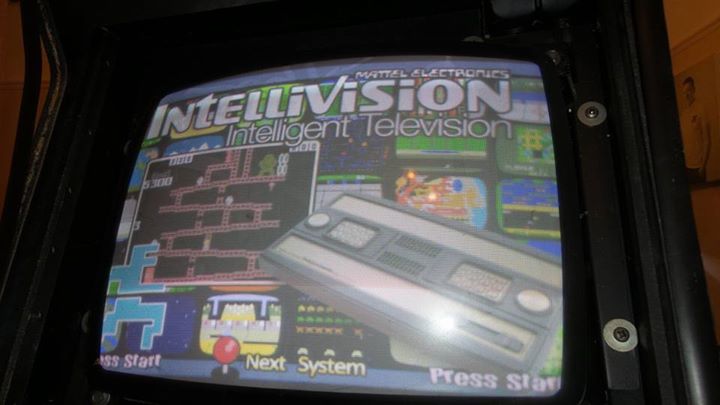 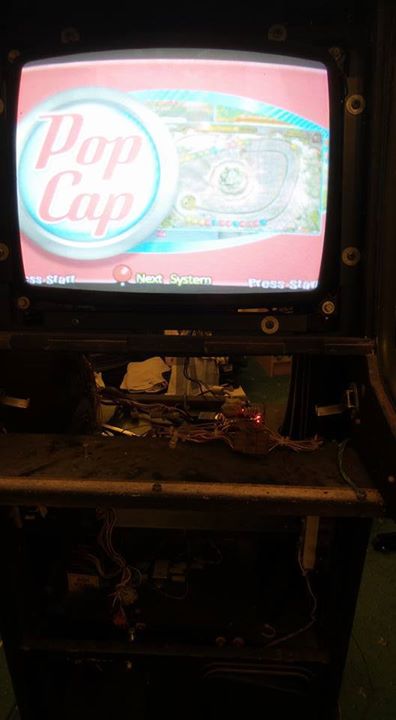 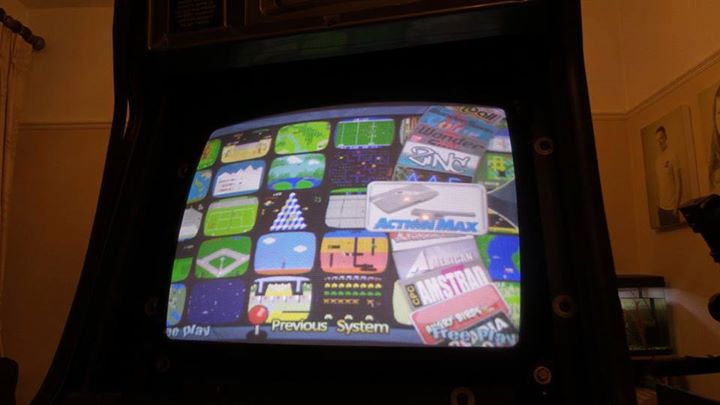 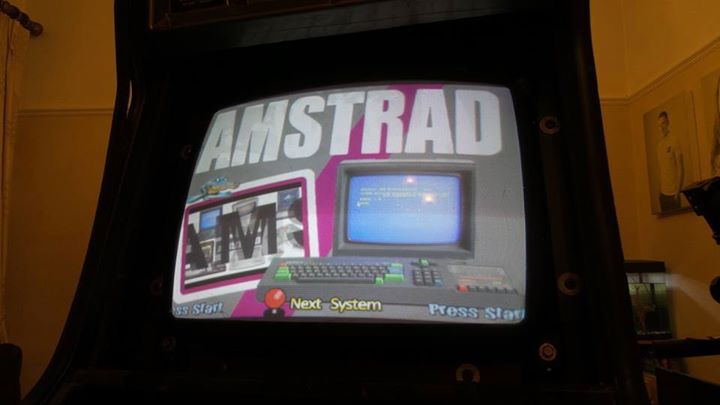 So the bottom screens working, and its beautiful – now its time to get this top screen working, the original purpose of the top screen was to SELECT YOUR GAME, so for hours and hours of run time it had the same menu displayed (neon green writing on a black background), so I used the same VGA to CGA card I used for the main screen to see if the top screen worked. 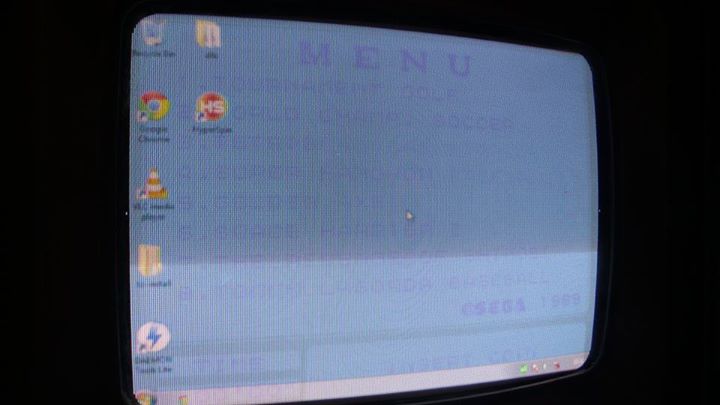 It worked, but you can see how bad the screen burn of the old menu is (p.s. love the “Sega 1989” burnt into the corner!) – so I tried it anyway, and in all honesty its not that bad when there is dark video playing (mental note , whatever goes here make sure it has a black background!!)

So for now Im not going to worry too much about the fact it has screen burn, I imagine this is going to be common on any Sega Mega-Tech or Nintendo Playchoice or anything else with a constant image on the screen, so be warned if you are considering this as a project, as of the moment I am typing this I cannot find a suitable replacement on eBay without spending LOTS of money…