The Dragon Ninja Makes a Comeback on PS4 and PS5

June 2021 was a great month for the fans of the Ninja Gaiden series, as Team Ninja released a remastered version of the action-adventure trilogy. Almost ten years after the release of the third instalment of the series, players can once again take control of Ryu Hayabusa and challenge unearthly creatures of all shapes and sizes.

The Ninja Gaiden trilogy gained popularity because its gameplay resembled that of games one can play at an arcade. Theonly difference is that Ninja Gaiden was developed to offer players a longer gameplay experience, which is why it was launched on PCs and consoles. At the end of the day, arcade titles are supposed to be quick-paced. Because of that, it is sometimes easier to find arcade games on online gaming platforms like casino.com than on the gaming libraries of PlayStation, Xbox or Steam, where gamers normally look for titles that are slightly longer to beat. The remastered Ninja Gaiden trilogy will offer players around thirty-five hours of gameplay.

The remastered collection of Ninja Gaiden is not very far from the originals. The graphics have improved a little bit, but the fans of slightly pixelated games will still have the opportunity to get a look and feel of titles that were released for previous generation environments. In addition to that, players will get to experience both the good and the bad elements of Ninja Gaiden Sigma, Sigma 2 and Razor’s Edge. Most of the players who have tried the remastered series will agree that the first two games offer exactly what one would expect from a remastered version, but Razor’s Edge could have been a little bit more polished. 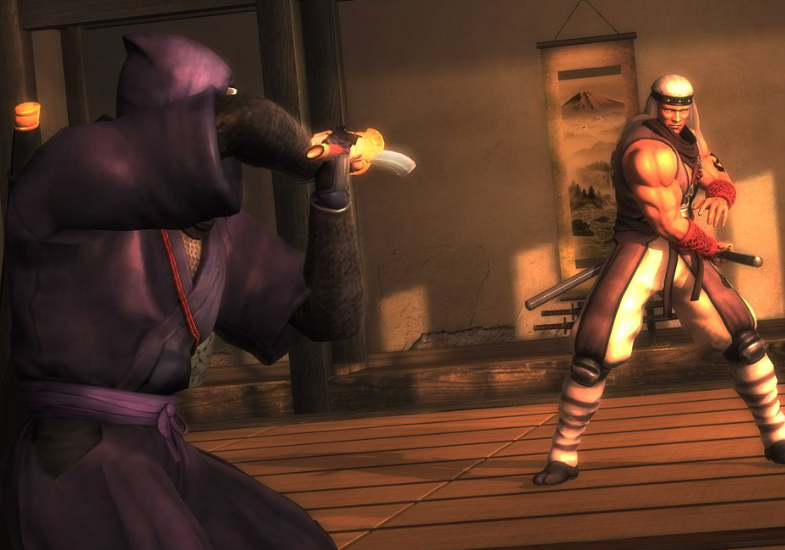 A Gaming Series That Brings Together Two Decades of Gaming

The Ninja Gaiden: Master Collection does more than just bring three old titles to 8th and 9th generation gaming platforms. It gives newer generations of players the ability to try ninja adventure titles that carry 35 years of gaming history. In a way, playing Ninja Gaiden today is like watching X Files episodes from 1993 for the first time in 2021. There are so many gaming elements that modern game developers tend to leave out when they work on creating 2021 games. From character designs to dialogues and gameplay settings, players will get to experience things that many modern games are missing.

Team Ninja Kept the Promise They Made to Their Customers

Four years ago, Nioh players got the opportunity to experience the Hayabusa ninjutsu during the later stages of the game. William gets to challenge Ryu Hayabusa’s ancestor; Jin. Beating him unlocks the Dragon Ninja equipment, which gives William superhuman speed and strength. This might not feel like a lot if one considers some of the bonuses you get from other outfits, but if you want to play the game on Way of the Wise or on Way of the Nioh, then you will need that extra speed. It was the Dragon Ninja outfit that got the players hungry for a taste of Ninja Gaiden. Team Ninja listened to its customers and decided to reward them by releasing a remastered 3-in-1 version of the Ninja Gaiden.

Gambling as a way to combat stress

Why Arcade Slot Game is the Bomb