The top 5 soccer games of the 1990s revealed

When it comes to sports-themed arcade games of the 90s, most European gamers would immediately point to soccer as the most popular niche. Despite the 8-bit and 16-bit graphics, the licensing issues that led to gamers taking control of virtual footballers with fake names, and the cheesy soundtracks, soccer arcade games still generate a sense of nostalgia among European millennials.

Some of these retro soccer titles even made the transition ‘across the pond’ to the United States. Sega’s Sensible Soccer was exported to the US and rebranded as ‘Championship Soccer ‘94’. Soccer was just getting started stateside in 1994 due to the US playing host to the FIFA World Cup that year. Since then, soccer has continued to grow in popularity. The daily fantasy sports (DFS) scene has taken soccer under its collective wing, with platforms like FanDuel allowing sports fans to keep tabs on their favorite soccer teams and players by building fantasy EPL and Champions League rosters. Today, FanDuel also has an online sportsbook that’s licensed in multiple US states to cover in-play soccer markets. Their FanDuel promo code gives first-time users a risk-free wager on their site valid not just for soccer, but a huge variety of sports.

So, without further ado, let’s explore the top five soccer arcade games of yesteryear, which still make those who remember starry-eyed to this very day. 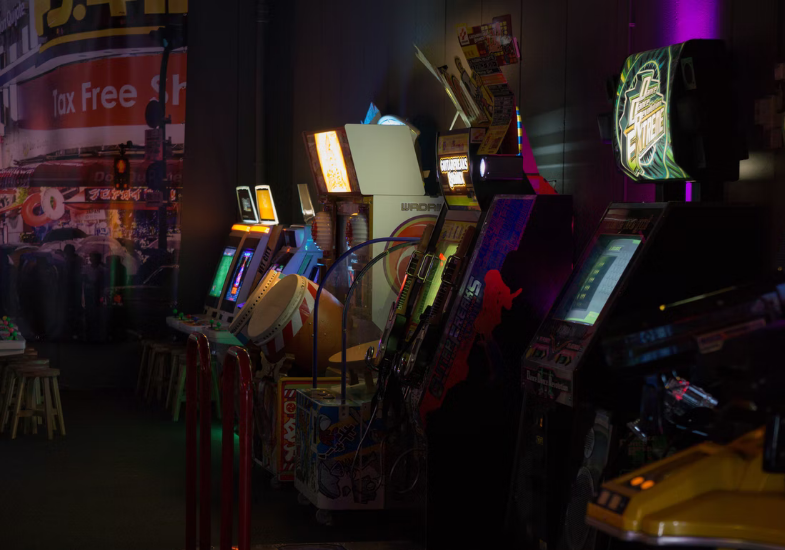 Football Champ was one of the first soccer-themed arcade games to transcend the East and the West. Developed by Taito, it first reached the arcades of Japan in 1990. Players had to choose one of eight teams and players to represent. The game continued to the next game providing you won. A draw or a defeat was no good. The match engine and mechanics were hugely engaging. In fact, it was possible for players to man-handle and bully the AI-controlled players when the referee wasn’t looking to gain an advantage!

Konami’s Soccer Superstars was one of the most impressive-looking arcade machines. Its two-player functionality made this a real delight for friends to play together. This release was developed at a time when soccer games were transitioning away from pixelated visuals towards three-dimensional polygonal graphics. Soccer Superstars is almost a fusion of the two. The camera angle was almost in the pitch, as opposed to the sideline like a TV broadcast, which helps to add to its immersive appeal.

Sensible Software developed the now-iconic Sensible Soccer: European Champions arcade game in 1992 to coincide with the European Championships. Masterminded by developers Jon Hare and Chris Yates, this proved an immediate hit with its bird’s-eye pitch view that’s zoomed out to provide an all-pitch perspective. In-play features included the ability to utilize an ‘aftertouch’ that would generate significant – and laughably unrealistic – swerve on shots and crosses into the penalty area. Sensible Soccer – known as ‘Sensi’ by modern-day fanatics of the retro titles – still has an active community of players today that update the source code to include player names of the current season.

Namco launched Libero Grande on arcade machines in 1997 and its success saw it migrate seamlessly over to the Sony PlayStation a year later. The unique selling point of this title is the ability to control one specific player, as opposed to handling the entire team. Some say that this was the inspiration EA Sports needed to develop the idea of ‘Be a Pro’ in its FIFA franchise. Konami also used the concept within its Pro Evolution Soccer (PES) franchise for the ‘Become a Legend’ feature.