Tightarse Arcade keeps schoolgirl from one of the greatest Claw grabs ever!

There is nothing like a sore loser, mainly us when playing games of chance in arcades, especially the claw grabber games, we all know that claw aint grabbing shit yet we put the money in to win some random shite….

In this video, the machine is stuffed with Umaibo, a popular puffed corn stick snack that comes in a variety of flavors, and because Umaibo have a long shelf life, a war chest of them represents weeks’ worth of snacking. So when two high school girls saw this opportunity to score a huge haul of Umaibo, one of them threw a 100-yen (about 50p) coin into the machine and grabbed the controls.

At first, it looks like she’s grabbed two, but as is often the case with UFO catchers, the prizes slip out from the weakly gripping claws and fall back into the pile. The girls quickly harmonize with a dejected “Aww!”, but it turns out they spoke too soon, the impact from the two Umaibo falling back down shifts the snacks underneath just enough start a chain reaction, and with the pile’s structural integrity suddenly gone, dozens of Umaibo come streaming into the target area.

However, the emotional roller coaster wasn’t over yet. For reasons unknown, the arcade staff declared this gigantic edible windfall to be in violation of the game’s rules, despite the fact that the girl hadn’t been engaging in hitting the machine, rocking it, or any other of the standard breaches of UFO catcher sportsmanship. In the end, she was awarded less than half the umaibo that had fallen into the prize area, prompting complaints from online commenters that the arcade was being a sore loser. The label seems all the more fitting when you consider that Umaibo generally sell for just about 10 yen, meaning that even awarding the entire drop to the girl would only have entailed an expense of 3,000 yen or so (assuming the arcade bought the snacks wholesale).

For those that dont know an Umaibo are basically giant sticks of puffed corn that retail for about 10 yen (roughly 7 pence) and come in a variety of flavours. Much like Hello Kitty’s localized figures, the snack has special flavors that are available only in specific locations. You may recall the twitter trend of the Umaibo house. 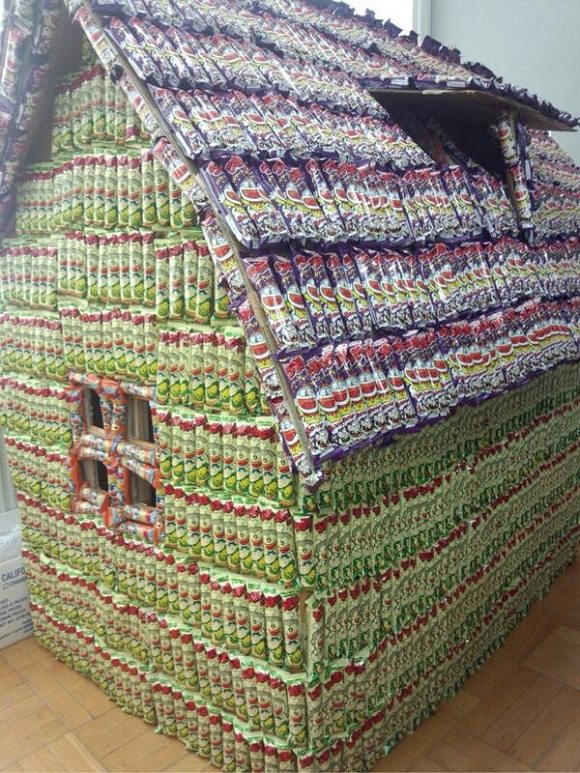 Really dont understand why the arcade operators would have been so tight about this, I mean we are talking peanuts in wholesale, all we can guess is they just dont like to lose, unlike these Eastern arcade owners….