In early January 2021, a digital asset was sold. It was a “skin” for a video game that changed the look of an AK-47 from a normal-looking gun to a gaudy bright metallic blue. That slight cosmetic change in a video game cost $150,000. This skin does not help the player shoot faster, move faster, or even give an additional life. It just changes the color. 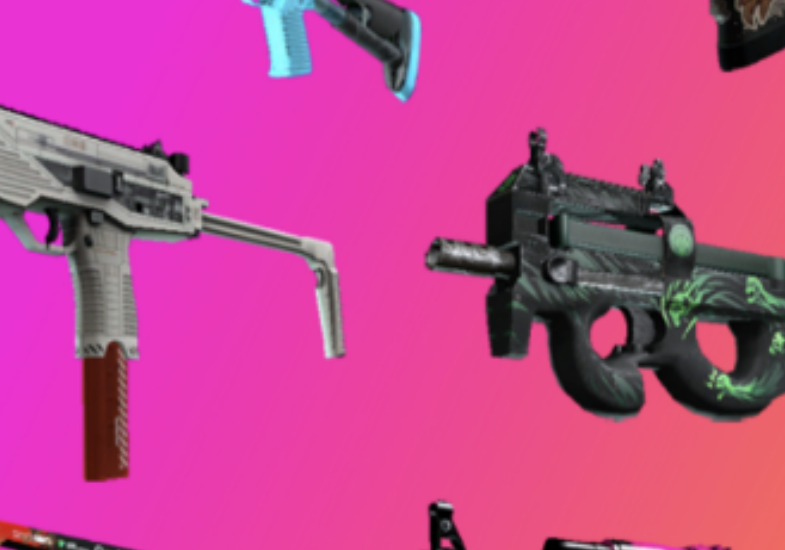 Digital assets like this one have created their own currency system and in some cases, it’s more stable than some countries’ actual currency. How did this happen and what exactly is it?

If you’re a fan of PC gaming then you’ll have come across Valve or the Steam platform at some point. Valve is the parent company of Steam, which is the largest PC game marketplace in the world. Steam’s platform has set the stage for the industry today.

Valve created Counter-Strike, one of the first squad-based first-person shooter (FPS) games on the market. It was later remade using the new Source engine and re-released as Counter-Strike: Source.

Finally in 2012, Counter-Strike: Global Offensive (CS:GO) was released on the Steam platform as a free-to-play game. Its popularity exploded amongst casual players and professional esports players and is still one of the most popular games on Twitch and amongst esports competitions.

The Arms Deal update in 2013 introduced crates and weapon skins that set the stage for Valve’s virtual currency aftermarket.

Players now had the option to purchase crates that gave randomized cosmetics. These items didn’t affect gameplay at all but the rare, brightly-colored, and gaudily-designed skins became way more popular than anyone had anticipated.

Within the Steam platform, players could trade and purchase these cosmetic skins for real-world money, and wherever there is supply and demand, there’s room for profit.

Once the money is placed within a user’s Steam wallet, it can’t be taken out. It can only be used on the Steam platform to purchase more games or make microtransactions within games. That’s when third-party sites cropped up, allowing players to sell their rare or unwanted skins to third parties for real-world cash.

The Darker Side of Video Games

On the surface, this aftermarket seemed harmless enough. Players who wanted rare cosmetic skins could purchase them for a premium and players who were lucky to find them in crates could get some extra cash.

These third parties turned a cosmetic change in a video game into a form of virtual currency that could be used like any other currency. Players were trading, investing, and even gambling with skins as if they were cash.

However, the security on these items and third-party resellers was extremely inadequate — and criminals found out. As recently as 2020, The majority of transactions taking place on the CS:GO skin trade were money laundering operations. Money launderers found that they could buy digital assets and launder the money through the Steam system to cover their tracks.

Similar to cryptocurrency, skins are a virtual good. They hold value because consumers agree that they have value. So as long as that agreement holds, skins can be used as a currency, either for good or bad ends.

So, what is skin gambling anyway? And how does it work?

Modern games use various ‘skins’ or custom textures for in-game weapons or characters. These skins are used as gambling chips in secondary markets since Valve doesn’t allow players to sell skins for cash within the Steam app. However, players can purchase loot boxes, which are based on random number generation, for a chance to win a rare skin.

CS:GO’s system offered players the ability to purchase crates that worked just like any other form of gambling. The odds for a common were high, and the rarest variant was extremely low. Players can earn crates through gameplay or simply buy them. Again, this seems relatively harmless until you put a price tag on it.

The random number generation and drop rates actually put Valve in hot water within Belgium and the Netherlands. The loot boxes violated gambling laws and have since been completely blocked in their respective countries. The loot crate system was too similar to the lottery or a scratch-off ticket.

Skin gambling also takes on a very literal term. The inherent value in skin cosmetics has inspired some specialized online gambling sites to specialize in skin currency. CS:GO players can literally put their skins as collateral to play traditional casino games online. Valve has been attempting to crack down on these but as of writing this article, they’re still online.

The skin trade has mirrored the growth and interest of much bigger virtual currencies like Bitcoin. As consumers place more value on virtual goods, we may one day be able to pay for groceries with a piece of digital art.

Hyperspin Attraction Update 3.1 from The MotleyKru – Sega RingEdge and More