Smell that? thats nostalgia, a lovely smell you sense when playing an old classic for the first time in many years, or a sweeping sensation you get when you see something that was last seen so long ago that its only really a memory…..

This is Wonderland Arcade. Wonderland Arcade occupied a corner of the Bonfils Building in Kansas City, Missouri from the mid-1940s until the building was renovated in 1983. Located near a major bus transfer point it was a popular haunt for people of all ages with time to kill and a few coins in their pockets.

These photographs of a conspicuously empty Wonderland were created as exhibit evidence in a federal case brought against the arcade related to taxation of its penny bingo games. (CREDIT: NATIONAL ARCHIVES) 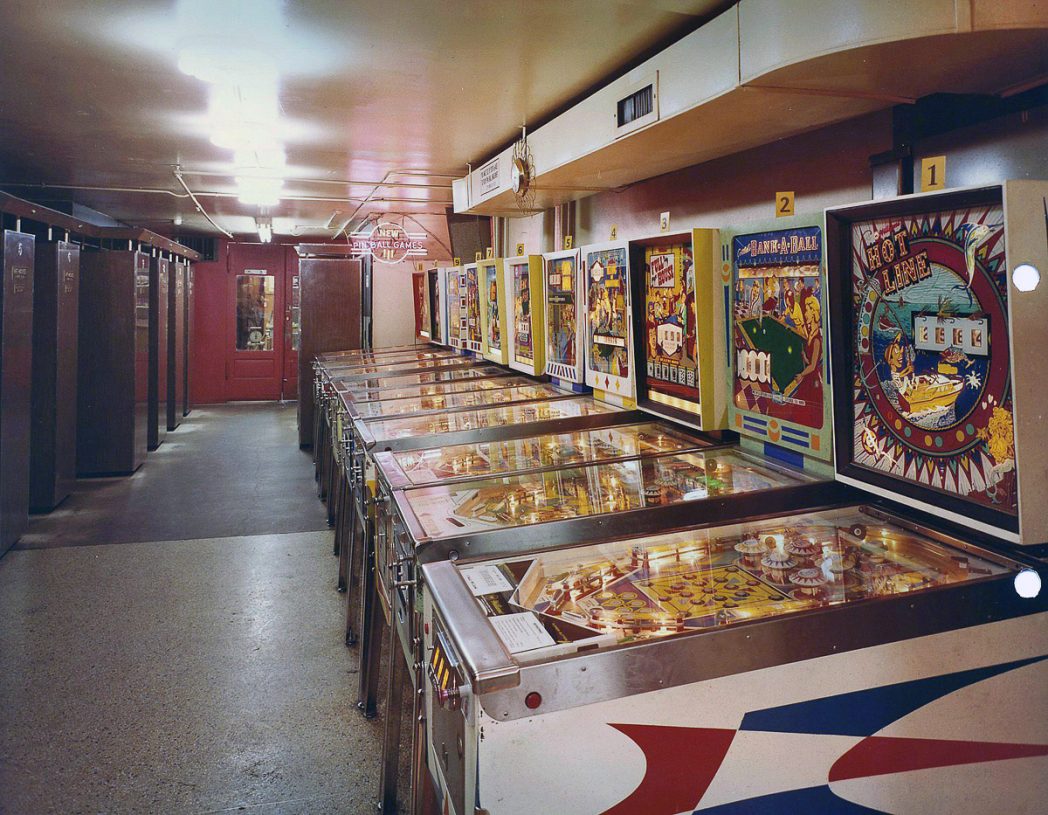 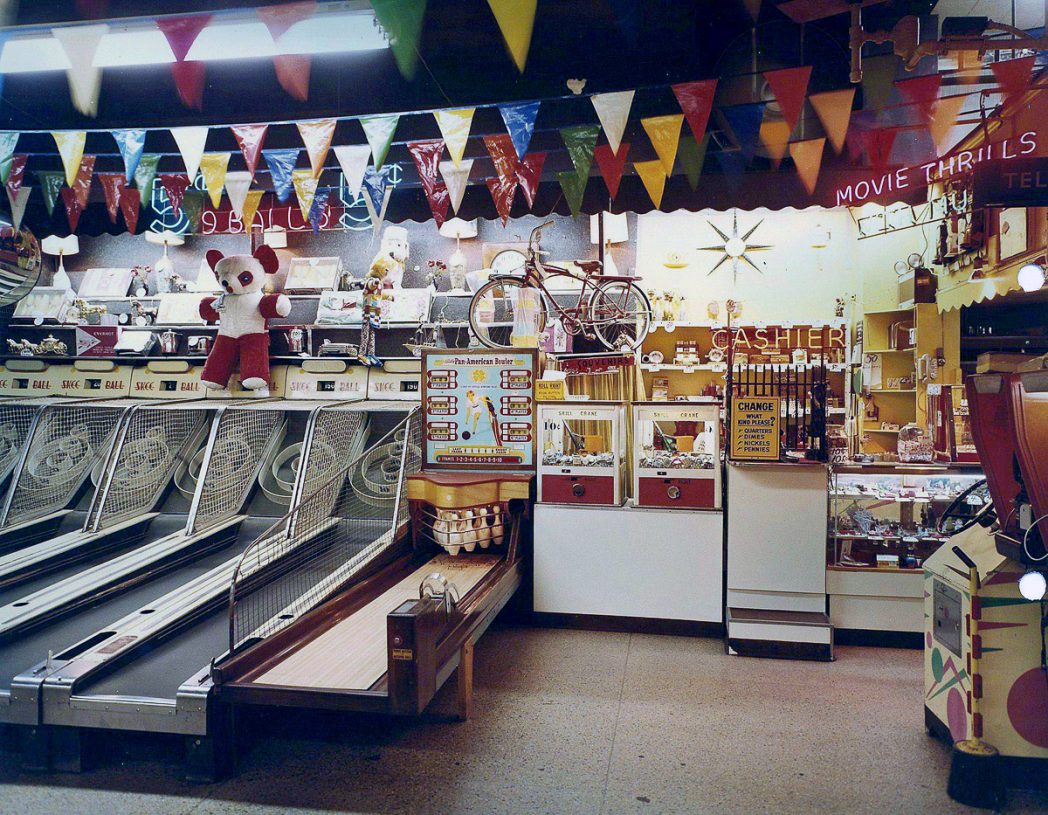 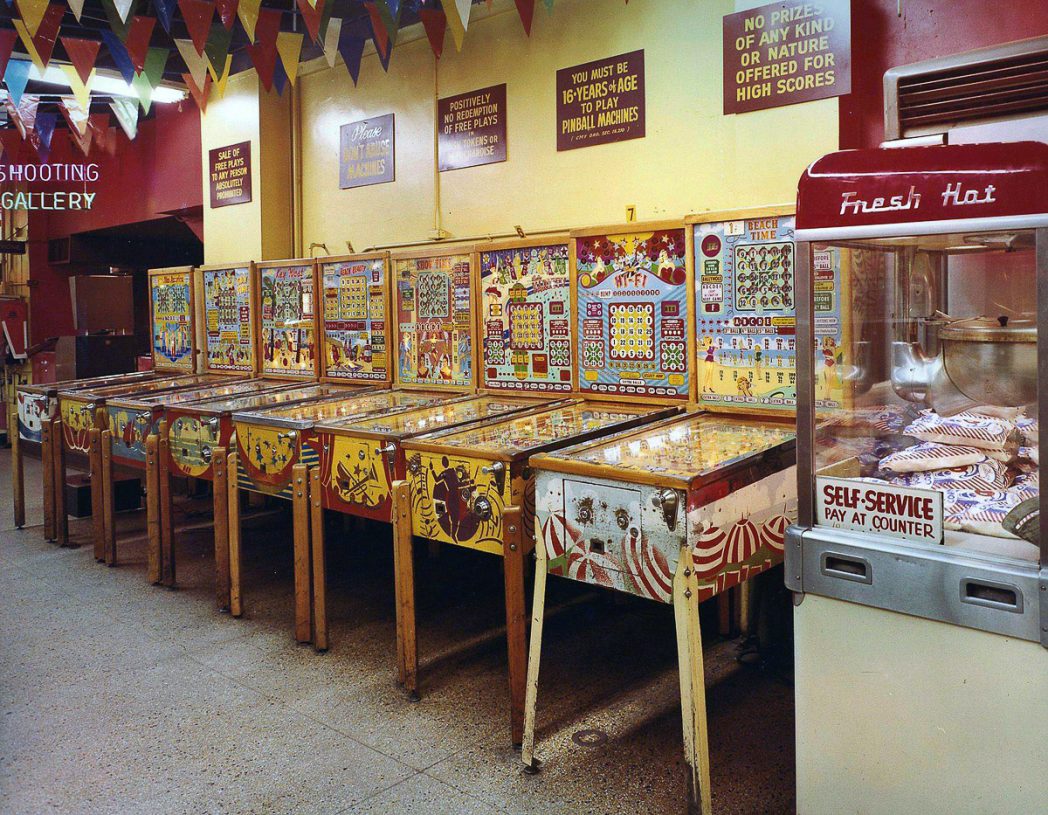 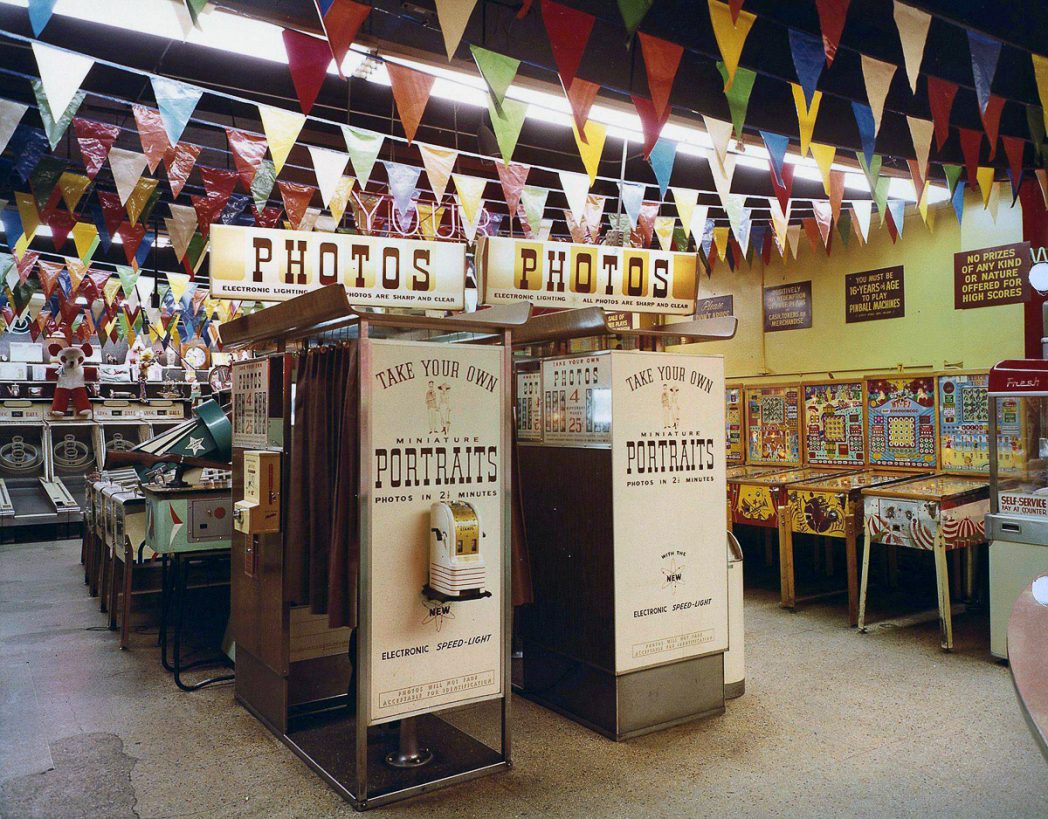 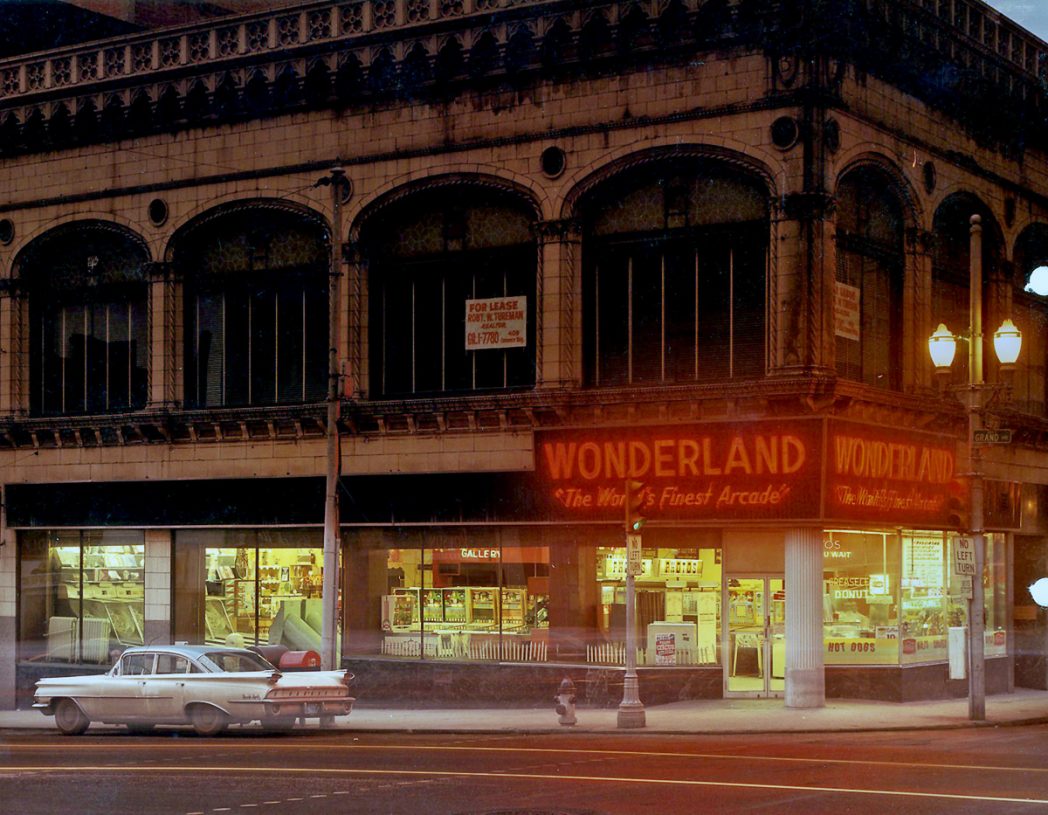 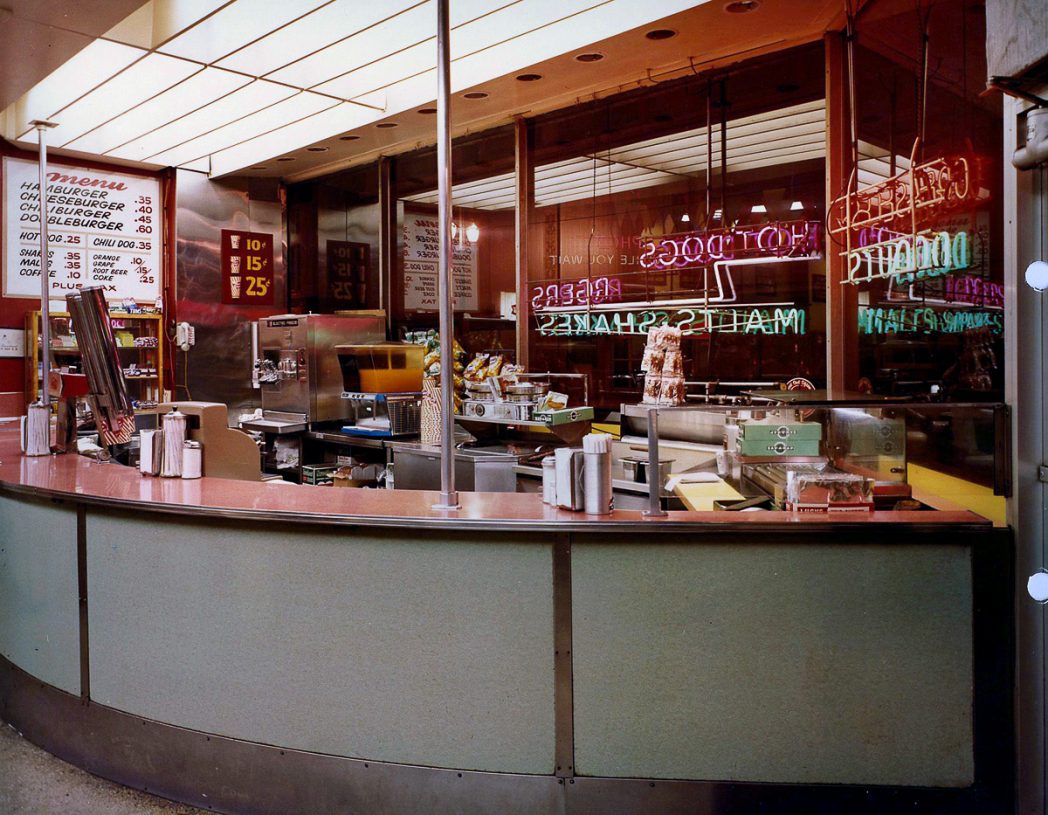 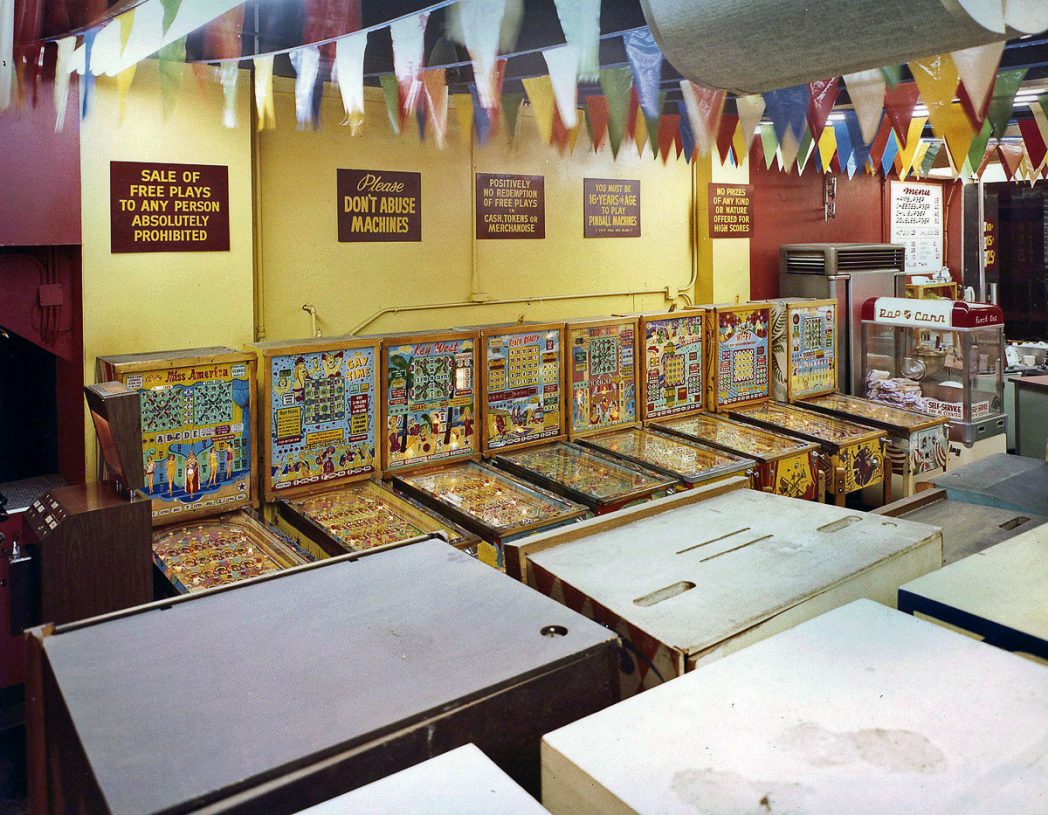 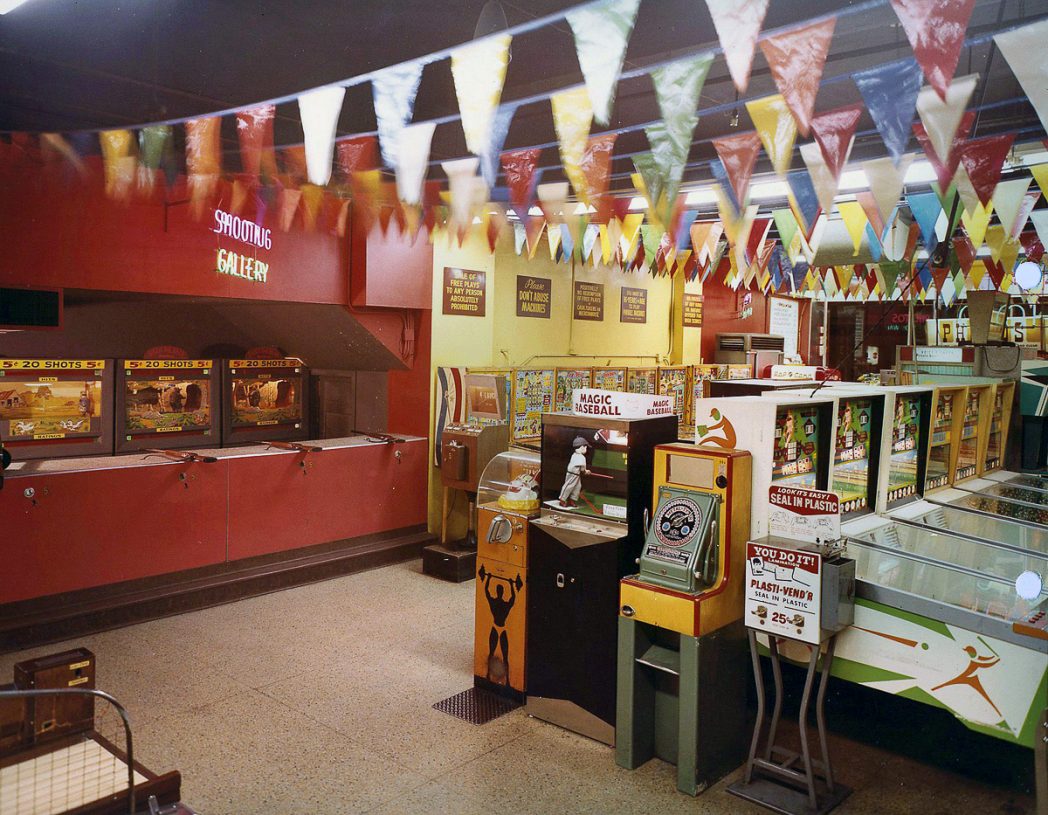 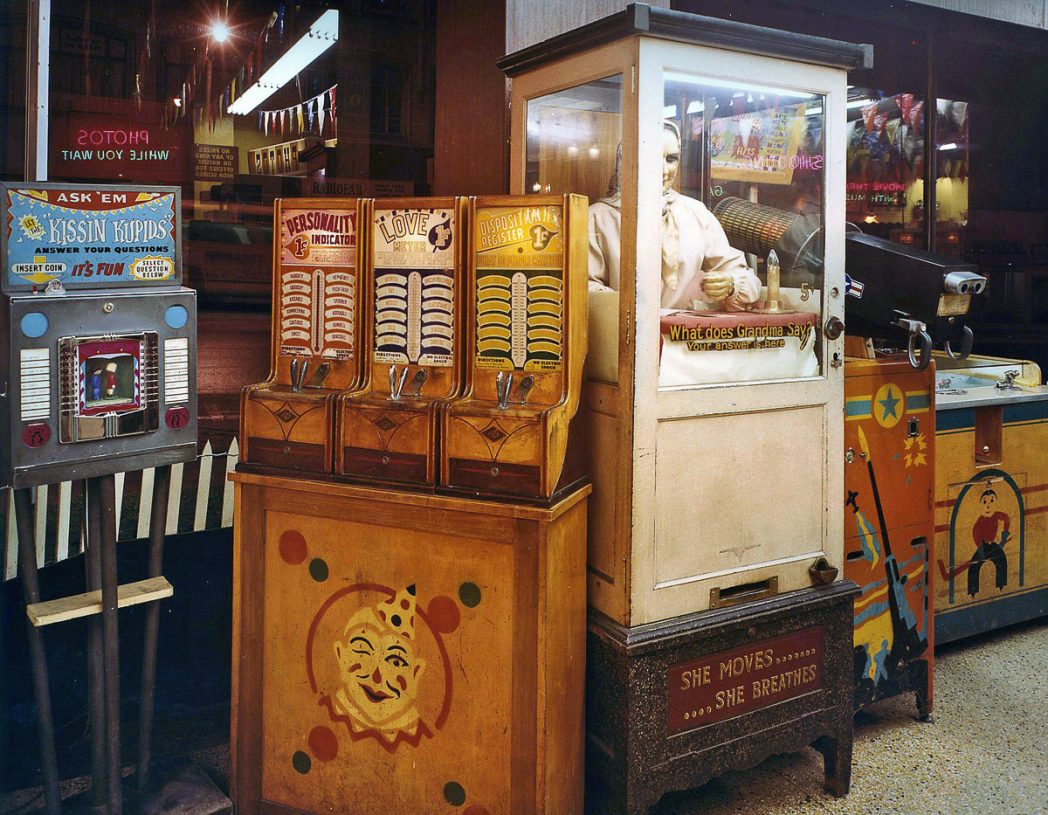 In the days before video games, amusement arcades like Wonderland were filled with a panoply of analog entertainment, from shooting galleries to skee-ball to mechanical fortune tellers to endless varieties of pinball. 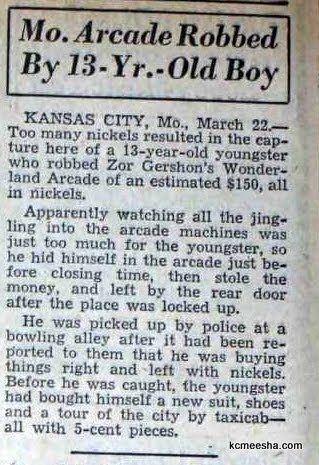 In 1947, Wonderland was robbed by a 13-year-old who made off with $150 worth of nickels. He was nabbed by police after buying a new suit, shoes and taxi rides around town with the five-cent pieces! 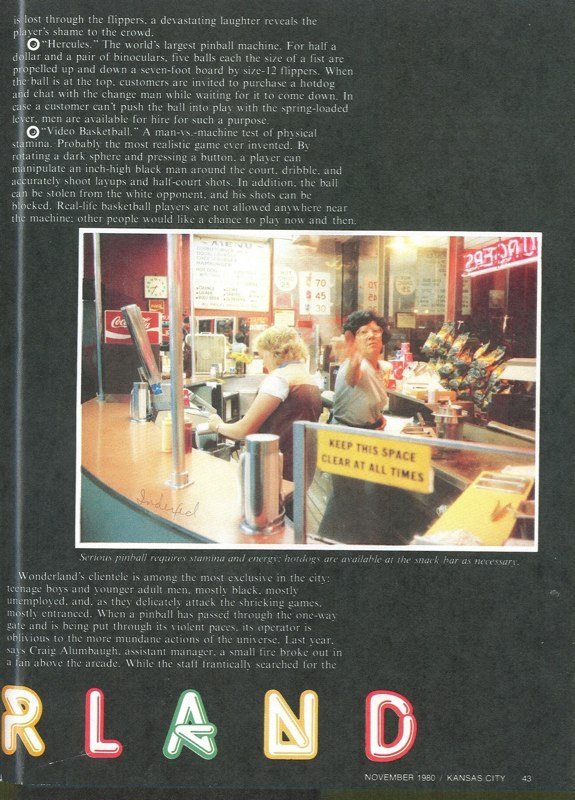 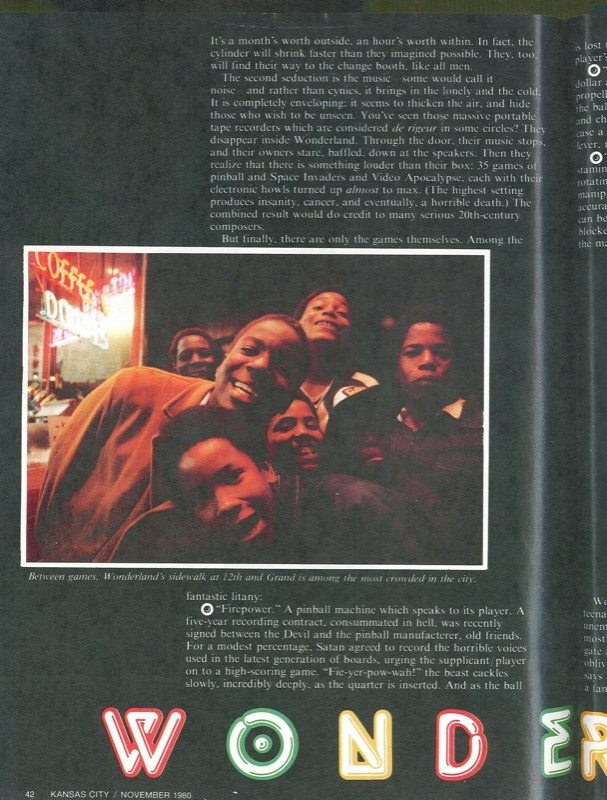 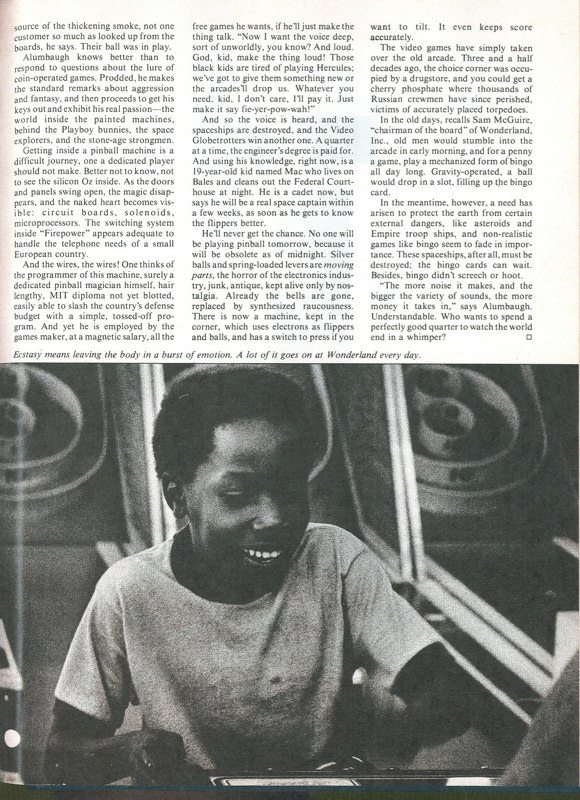 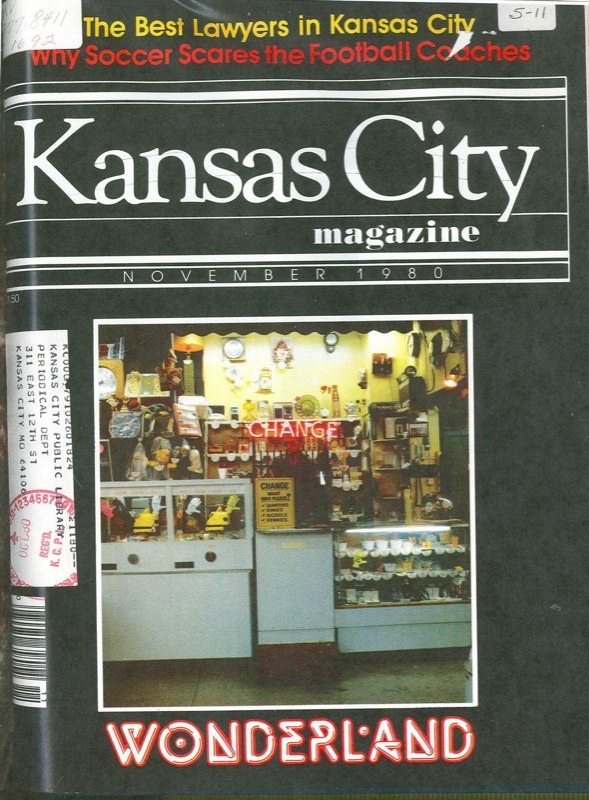 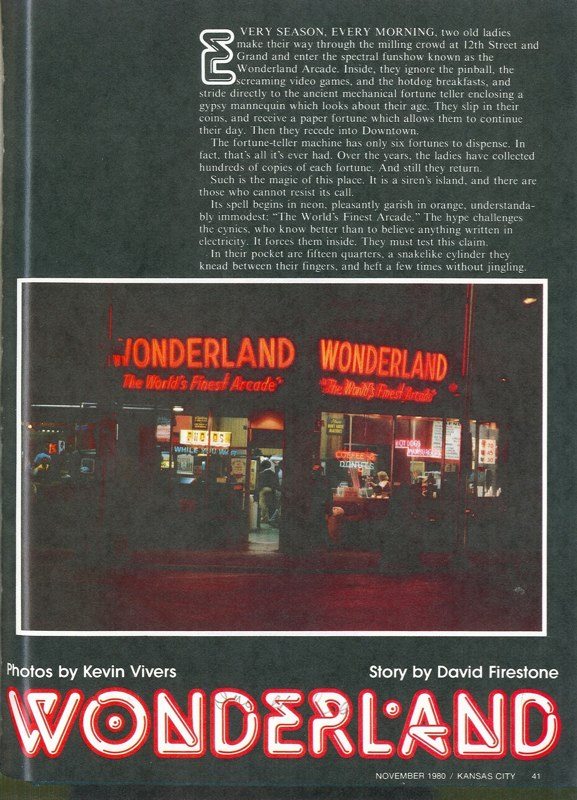 My friend Kevin Alumbaugh’s father co-owned the legendary Wonderland Arcade, a Kansas City institution. Located at 12th and Grand, it was the veritable hub of the city – it was the biggest bus transfer point, meaning that people with time to kill were always coming in to play pinball, grab a snack or whatever.

It also meant that we always had summer jobs when needed, making change, filling up the snack bar with supplies, etc. Given my current employment in the gaming industry, I have fond memories of this time – pre-”video” games, when the machines were all mechanical and pinball was still king.  Asteroids, Pac-Man and the like started the death spiral for Wonderland, as video games became a big thing in the shopping malls. – Michael Henry (ISORYTHM)

During the World War II, the Arcade entertained the servicemen passing through Kansas City. This 1944 Life Magazine article tells the story

Kansas City’s Wonderland rakes in as the coppers and servicemen have fun.
The 1,500 penny arcades in cities and towns all over the U.S. are enjoying a pleasant boom. It results mainly from the present of itinerant servicemen who have time to spend between trains or on short leaves. A good example of the trend is Wonderland arcade in Kansas City, where soldiers, sailors and marines make up 60% of the crowd. Main attraction of the arcade is that they go there to kill two or three hours for less than the price of a movie, and if they don’t like one divertissement, they can try another for a penny.
Entering Wonderland, the visitor encounters a confusion of sounds – juke boxes, shots from the rifle range, bells ringing on myriad machines. The whole atmosphere is on of carnival. Soldiers are inevitably drawn to the shooting galleries, where they try their skill endlessly until their girls drag them away to the fortune to the fortune-telling machines which have romantic implications.
Also popular are the penny peep shows which employ provocative facades (“Have a look in the Sultan’s Harem”) and turn out to be mild tableaux featuring wax figurines and a corny sort of humor. Wonderland stays fastidiously away from striptease sequences and girlie postcards found in other arcades. It continues on its highly successful way, however, by offering a wide range of attractions from punching bags to Kiss-O-Meter. Several of the machines are arcade antiques of early Coney Island Vintage. None is new for there will be no more penny-arcade novelties manufactured until the war is over.

Alan B. Barley, said after looking at some of the old photos:-

Expansion on history of Wonderland Arcade:

As the release of video games machines started coming, so the decrease in pinball games and basic slots came too, arcades boomed with new games released regularly for most of the early 1980s. But it didn’t last. Just as pinball was pushed aside for video game machines, the video games were pushed out. This time, by home gaming.

In 1983, the video game industry crashed. Too many low quality home consoles were released, and the economic climate of the time wasn’t stable enough to support the flood of product.

By the early 2000s, arcades struggled to make ends meet as more and more players had switched to home consoles.

This is the building now

I cannot put into words any more than the scenario you will imagine when reading this quote:-

“Every season, every morning, two old ladies make their way through the milling crowd at 12th Street and Grand and enter the spectral funshow known as the Wonderland Arcade. Inside, they ignore the pinball, the screaming video games, and the hotdog breakfasts, and stride directly to the ancient mechanical fortune teller enclosing a gypsy mannequin which looks about their age. They slip in their coins, and receive a paper fortune which allows them to continue their day. Then they recede into Downtown.

The fortune-teller machine has only six fortunes to dispense. In fact, that’s all it’s ever had. Over the years, the ladies have collected hundreds of copies of each fortune. And still they return.

Such is the magic of this place. It is a siren’s island, and there are those who cannot resist its call.” ~ Kansas City Magazine, Nov 1980