New Virtual Reality Cabinet Will Engage All Your Senses Too 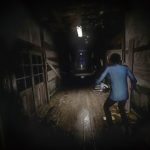 Called VR Sense, the cabinet, as you’d expect, contains VR headsets for players to put on. It’s the ‘sense’ part of the name, however, where things become less self-explanatory but significantly more interesting. The VR Sense will contain VR headsets, a “multifunction 3D seat” and several other features that will engage all the senses of the player, with, it seems, the merciful exception of taste.

The 3D seating posistion will be able to simulate walking or running, a fan within the cabinet will simulate breeze and wind, as well as reacting to the speeds you are travelling – the cabinet even has heaters and coolers depending on the location you are within the game, there is even a mist function that replicates rain on your skin. 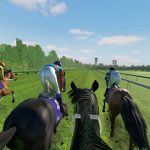 How Many Times Have You Seen A TV Ad and thought, I wish I could smell that fragrance? With the VR Sense we are one step closer, the cabinet will release scents depending on where you are in the game such as musty dungeons or fresh rain forest, what makes this scary is the TOUCH function, which can replicate the feel of a spider on your skin, or rats crawling all over your body.

The machine will launch with three different game experiences. GI Jockey Sense, which will enable players to experience what it’s like to race a horse through all weather conditions (minus the chafing); Horror Sense, which will no doubt bring all of those creepy crawly touch features into play; and a VR 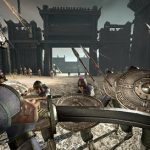 version of Dynasty Warriors which will, according to the company, include a “realistic reproduction of hot flames covering the battlefield”.

The machines have been designed as pay-per-use experiences that will feature in arcades from this Summer.  Images from Game Informer show that they make use of PS VR headsets. It’s likely, though, that they’ll be limited to Japanese amusement centers before they’re released to wider markets, if they ever are.