Its nice to see an OFFICIAL mini console, in case Pokemon Go has taken up  your every waking moment, you would not have failed to notice the new Nintendo nES Classic Edition Mini.. YouTuber Nintendo Collecting goes into more details..

The full-working mini replica of the original console will launch on 11 November this year. But the best news is that unlike the retro gaming systems, the NES Classic Edition Mini will work on most modern HD TVs, plugging in a using an HDMI cable. 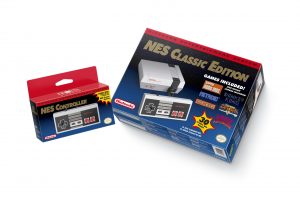 “The classic NES is back in a familiar-yet-new form as a mini replica of Nintendo’s original home console,” Nintendo said on its website .

“And whether it’s rediscovering an old favourite or experiencing the joy of NES for the first time, the fantastic collection of NES classics included with each and every system should have something for all players.”

“And whether it’s rediscovering an old favourite or experiencing the joy of NES for the first time, the fantastic collection of NES classics included with each and every system should have something for all players.” 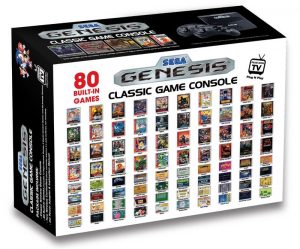 Sega already do a mini console…

That’s perhaps bad news for those who have been hanging onto old consoles and cartridges in the hope they will go up in value the older and rarer they become.

In April this year, it emerged copies of old titles were selling for as much as £1,792.70 online as collectors made a grab for the games of their youth, figures from MrGamez.com showed.

Destruction of Cabinets to prove a point..