Barcade Open – a great time to be in Phoenix, Arizona

One of the things we seem to get MOST jealous about is a huge influx of Arcade come Bars opening up all over the world – Arcade Punk are not haters and wish every owner every success, we so desperately want to do this ourselves – and more than likely will. 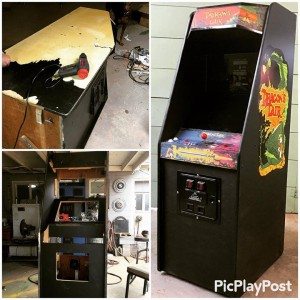 After 30+ years, they tend to come a little beaten up, so a lot of work goes into restoring them. Luckily, we know how to get them back in great shape. We hope everyone enjoys them as much as we do!

We present you COBRA ARCADE BAR, a fantastic all out barcade. The owners seem to actually know something about arcade machines, including repairing and restoring them, infact looking through their Facebook page they have restored some of the machines themselves.

“There are a lot of different people involved with running this place,” Bracamonte says. “I’m handling the games and all the art while they’re taking care of the bar.”

Both the bar and the arcade at Cobra got a trial run on during a soft opening Tuesday night attended by “friends and family” as well as anyone in the know. And despite being on the down-low, the turnout for the event was substantial and — by all accounts — a smashing success.

“This has been several years in the making. It started as my addiction to hunting for vintage arcade games with the idea of possibly opening a bar. After searching every inch of the United States we have compiled a rad selection of games and the bar, well, that happened. We would like to invite you all to come and grab a beer and get nostalgic as we pop some tokens in these vintage gems. See you soon!” – Ariel Bracamonte Co-Founder, Cobra Arcade Bar

The bar currently boosts 40 playable arcade games which they hope to rotate on a frequent basis, the current games are :- 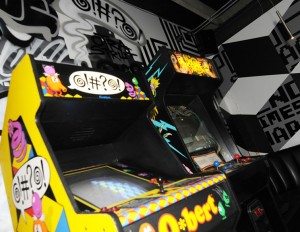 We wish them all the best with this fantastic looking place!