The hunger to be the best lies at the heart of most human men, yes its not sexist its fact, the superb new documentary Man Vs. Snake, which is about an obscure video game and the men who try to conquer it is a PERFECT example of this. The game is called Nibbler, a 1982 arcade cabinet where players assume the role of a snake winding its way through a maze. The object is to collect all the dots in the maze before time runs out, a quest made more difficult by the fact that each time you eat a dot, your snake grows in size. If the player eats all the dots, they move on to the next level; if the player’s snake eats its own tail, they die. 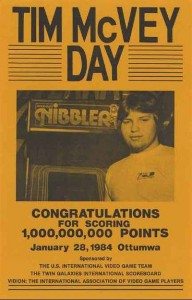 16-year-old Tim McVey of Ottumwa became the first person to cross the BILLION POINT threshold in 1984. For many years, McVey was considered the undisputed Nibbler champion. But in the mid-2000s, a new high-score emerges, from Italy of all places, sending the now middle-aged McVey on a journey to recapture his record.

It will not be easy, scoring 1 billion points on Nibbler requires a Herculean amount of mental and physical stamina. The game proceeds with grueling deliberation; achieving a top score, even under optimal conditions, means playing for upwards of 40 hours straight. The human body was simply not meant to operate under such conditions; one Nibbler contender talks about spending so long in front of his cabinet that he actually began to hallucinate. Marathon Nibbling takes a pursuit invented to occupy men and women desperate to avoid physical exertion and turns it into a kind of extreme athletics — albeit a kind of extreme athletics practiced while sitting on a bar stool downing energy drinks.

The movie is not yet released for on-demand however it has plenty of play at select theatres around the world, watch this space! 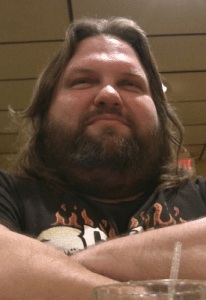 Barcade Open – a great time to be in Phoenix, Arizona