Because the children of the 1980s are now old enough to gamble, casino arcade games may be a good fit. Granted, combining the two worlds is not easy, but there are plenty of interested bettors who value a good gaming option. If you enjoyed playing these fantastic games as a kid, you should try your luck at the arcade games at your favourite online casino.

These casino creations necessitate a higher level of concentration than your typical gambling game. Also, in a gambling arcade, the gameplay is more interactive; you can’t just spin the reels and wait for something to happen. You must participate, which makes it a much more enjoyable way to wager. The potential rewards are also not bad.

For Round Two, NetEnt has brought Street Fighter back. When this game runs, arcade slot machines showcase all of your favourite characters, including Ken, Blanka, and the rest of the gang. With the original graphics and war cries, take a trip down memory lane. Select your favourite character and play for wins in order to reduce the enemy’s life. A bonus game is included, as well as Wild Gauge combinations that can be placed across the reels.

Additionally, when you defeat each of the four bosses, you will be awarded incredible free spins and multipliers. When it comes to earning real money from arcade games online, Street Fighter II should be one of the first games you visit.

Another popular game show turned casino game, Big Time Gaming’s Who Wants to Be A Millionaire puts you in the driver’s seat and gives you the chance to win free spins. Choose from the four boxes to determine how far up the ladder you progress instead of asking questions. The higher you climb the ladder, the freer spins you’ll receive. You move to the reel floor after making a bad choice from the four boxes labelled A – D.

Spin and match symbols from left to right in this game. Keep an eye out for the WILD card question mark, which can be used to replace any symbol. The appeal of branded slots is that game developers make every effort to replicate a popular brand, whether it’s a television show, a superhero, or a film. And in the case of this slot, which is available at UK casinos, you get excellent studio and slot reel entertainment.

If we’re talking about popular, we can’t go wrong with one of the most well-known board games of all time. For decades, monopoly has been a source of contention in households. It’s you against the machine in the arcade (or, more importantly, on the online casino gaming floor). The board pieces and squares will be familiar to most gamblers. Matching symbols to move around the board is the goal of the game.

You can also win multipliers and free spins by spinning. Other games like Arctic Agents and The Snake Charmer that you’d find in the Lucky Nugget mobile casino may be good, but this one is even better. The board game is so popular that there are multiple versions of the online arcade game.

We’ll wrap up our quick rundown with another well-known title that has spawned films, video games, and now arcade casino games. This is ideal if you’re looking for a slightly darker, creepier soundtrack. Spin to the tense background drone, and a zombie’s cry confirms your victory. There are 20 different payout combinations to choose from, so there are plenty of possibilities.

Resident Evil does not have the highest RTP among real money arcade games (return to player). If you’re a fan of the franchise, however, the 93.41 percent RTP should be enough to entice you to play. Furthermore, there are numerous games with high RTP slot values.

Lara Croft and Tomb Raider made their debut in the slot industry in 2004 and are still popular today. There have been numerous high-profile Microgaming slot releases, but this arcade casino game is most likely the company’s flagship product.

Microgaming remastered and released its third branded online slot game featuring Lara Croft in collaboration with Square Enix. Your goal is to spin to win using sharp animation and Lara’s voice as a guide. To reveal the hidden treasure, find the wall and line up the symbols. After each consecutive win, increase your multiplier and earn Lara’s praise via in-game voice feedback. 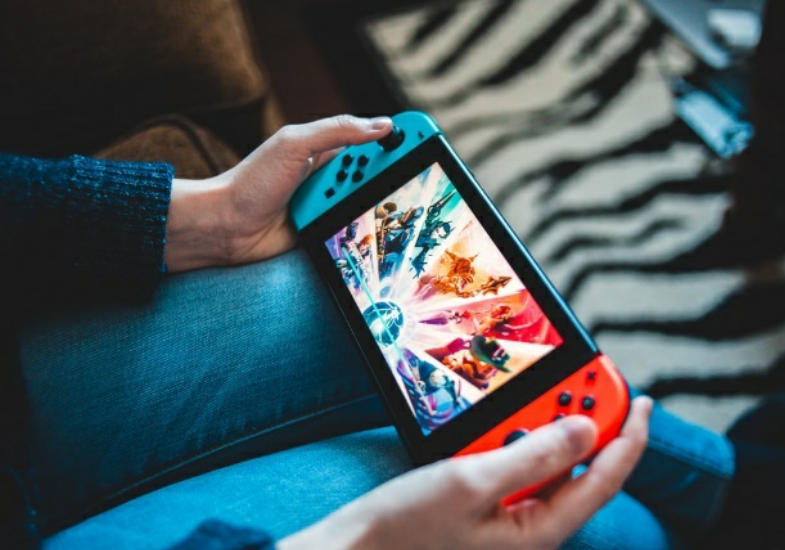 Arcade games online, in general, are not the same as traditional slots and table games. They’re great for trying something new, but they can also be difficult to master. In fact, the combination of elements is fairly well balanced. Arcade games with a high RTP can be found, and they’re also a lot of fun to play.

The one we went over in greater detail is definitely more exciting and enjoyable than a standard online slots game. To play, you must be more engaged, but that is half the fun. Of course, as with any casino game, luck is required, but this should not be a problem. Just remember to keep your cool and avoid getting carried away in the moment.

CoinOPS Next 2 – KirbYoshi unofficial add on by Titi Ober