Mario Party coming soon to an Arcade near you – or even yours!

Mario Party: Mysterious Challenge World is being developed to be easy to play and use. It’ll feature a projector with a roulette in the middle, along with six touch panels for the players. Similar to other Mario Party games, it’ll feature mini-games, board games, boss events, and jackpot games. You’ll also get to play as characters from the Super Mario Bros. series. 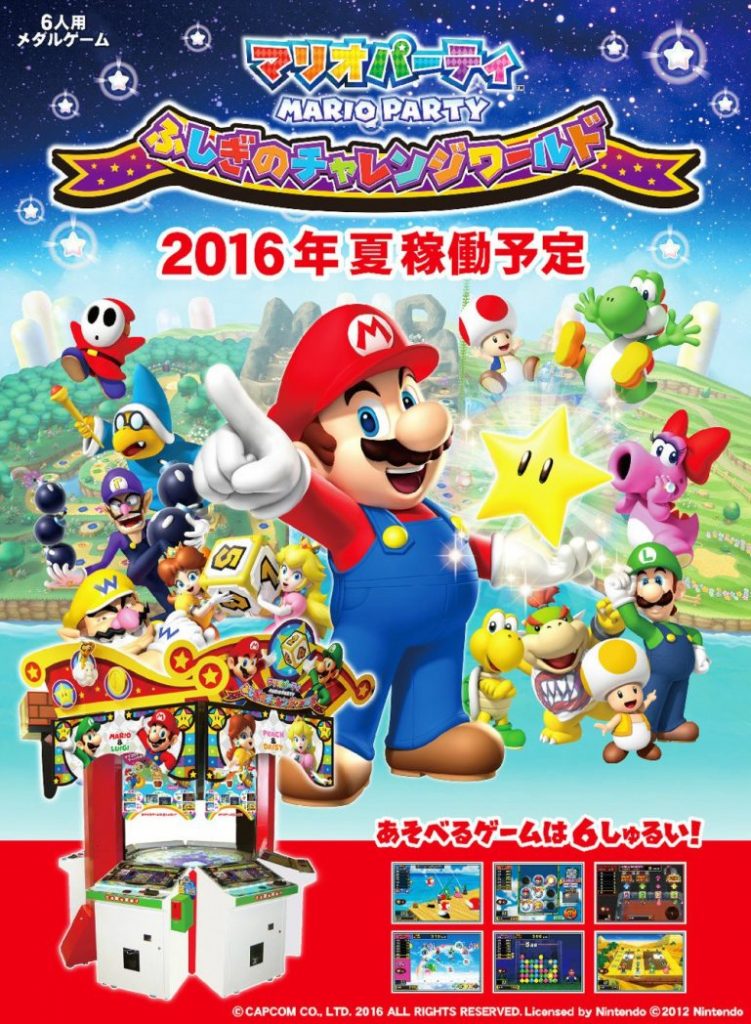 The arcade game is made to be played for up to six players, and will be unveiled at the Japan Amusement Expo on February 19 at the Makuhari Messe in Chiba, Japan. The game is expected to launch this summer for arcade in Japan.