The CoinOPs NEXT Add-on Pack Mega Drop – Batman to PS2 to PC , From Naomi to Vectrex and MORE!

Welcome to the CoinOPs NEXT “Mega Drop” one of a few we expect this week, in this pack we have some fantastic add-ons for your CoinOPs NEXT PC install.

CoinOPS NEXT – 3DO (Inc Fix+Update)

This pack only works with the NEXT version of CoinOps It’s an unofficial one so you won’t have any support from the CoinOps creators, or in the official discord.

***Just Unpack at the roots of CoinOPS NEXT***

“The Pokémon Mini[a] (officially stylized as Pokémon mini) is a handheld game console that was designed and manufactured by Nintendo and themed around the Pokémon media franchise.  It is the smallest game system with interchangeable cartridges ever produced by Nintendo,  weighing just under two and a half ounces (71 grams).
It was first released in North America on November 16, 2001, (two days before the GameCube was released) then in Japan on December 14, 2001, and in Europe on March 15, 2002. The systems were released in three colors: Wooper Blue, Chikorita Green, and Smoochum Purple.

Features of the Pokémon mini include an internal real-time clock,
an infrared port used to facilitate multiplayer gaming, a reed switch for detecting shakes,
and a motor used to implement force feedback.
Pokémon Channel features playable emulated demo versions of Pokémon Mini games,
including the console exclusive “Snorlax’s Lunch Time”.
Games such as “Togepi’s Adventure” were only released in Japan.” (WIKIPEDIA)

Big thanks to Kfusan for the system artwork.

It took me several hours for me to complete all missing medias and configuring bezels. 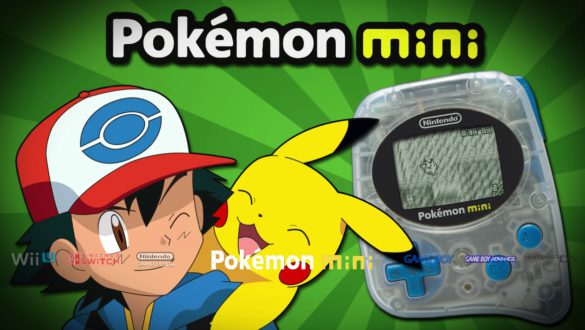 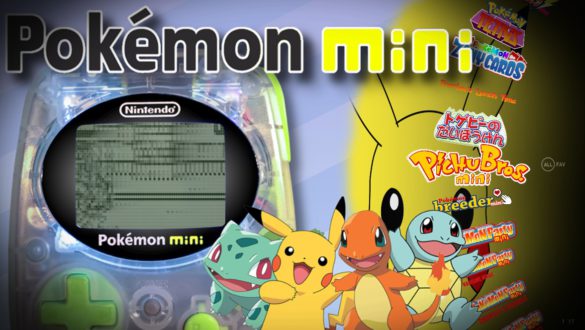 CoinOPS NEXT – PS2 Just Cause

This pack only works with the NEXT version of CoinOps
It’s an unofficial one so you won’t have any support from the CoinOps creators, or in the official discord.

***Just Unpack at the roots of CoinOPS NEXT***

“This device is designed to sit on top of the Super Famicom, and features two cartridge slots.  The premise behind this idea is that games could be produced at a much cheaper rate (not having to rely on Nintendo). Unlike the Aladdin Deck enhancer, this device was officially approved by Nintendo under the provision that Bandai handle all the hardware manufacturing themselves.

The two cartridge slots are designed to share data between the games. The cartridge placed in slot 1 is the game that will be played, while the cartridge in slot 2 supplies additional data for use in the main game. Nine of the thirteen SuFami Turbo titles make use of this system.

Of the thirteen games released, nine of them were designed with the ability to link up, but not every game can be linked with every other game. Only certain combinations exist, and those combinations only exist within series of the same game.

In Japan, the SuFami Turbo was released as a standalone unit, or with a pack in game.

The advertising pamphlet that comes packaged with the SuFami Turbo features Tetris 2 + Bombliss. This game was never released for the system, but was released as a standalone SNES game.

This pack only works with the NEXT version of CoinOps. It’s an unofficial one so you won’t have any support from the CoinOps creators, or in the official discord.

***Just Unpack at the roots of CoinOPS NEXT***
(To exit a game and come back to the wheel, press simultaneously Alt + F4)

“The Vectrex is a vector display-based home video game console developed by Smith Engineering. It was first released for North America in 1982 november and for both Europe and Japan in 1983. Originally manufactured by General Computer Electronics, it was licensed to Milton Bradley after they acquired the company.

Bandai released the system in Japan. In contrast to other video game systems available at the time, the Vectrex uses a monochrome CRT monitor, capable of displaying vector graphics, without need to be hooked up to a television set.
The control pad is mounted to the base of the console, and is detachable.  Games came with color overlays to compensate for the monochrome screen.  A number of peripherals were also produced, such as a pair of 3D goggles known as the “3D Imager”, alongside a “light-pen” that allowed the player to draw on the screen. The system also comes with a built-in game, Mine Storm, playable if a cartridge is absent.

It contains 22 official roms with all medias(logos, covers, vidéos)

All roms are configured with bezels.

Big thanks to Pixel arcade for the system artwork, and also to lafouiiine for his numerous helps!!
And of course to CoinOps France unofficial facebook group!!Hope you’ll like it, Enjoy!!

Check out our dedicated CoinOps (Next) Forum HERE – ask questions – get answers – and more!

NOTE: Files are UNALTERED – Arcade Punks do NOT edit or alter any files or images – We may, on occasion Archive them up to save YOUR bandwidth but our extracted files are EXACTLY like the source (its very easy to CRC check) – People may say “DONT DOWNLOAD FROM APUNKS”  but there is no real reason other than a bit of scene pettiness  – if seeking support in their forums/discord ensure you DO NOT mention that you downloaded FOR FREE, WITHOUT HASSLE from Arcade Punks – it is EXACTLY the same files.