Every once in a while  you see a mod that someone has done that simply makes you stand back and admire it, from a treasure chest arcade, to hacking your favourite 80s toy,  but sometimes you cannot stand too far back or you would miss it, as is the case for this GameBoy Advance (GBA) mod..

The Triforce chest (Triforce is the triangle from Nintendos Legend of Zelda series (as if you need telling!)) with an embedded GBA is perhaps one of the coolest handheld mods we have seen to date.

MakoMod have made this really cool Zelda tribute and Ger says

“The chest is made on a GBA SPZelda Edition that I have found damaged in a second hand store. I fixed the on-off switch (it was blocked), but the original golden case was very very scratched. Then, I made the chest on the console, using natural pine wood (artificially aged), hand crafted, making a hand engraving in the front of the lid, and some hand painting in both sides.”

Ger is from Barcelona, Spain as is the author of the ‘Midgar PS mod’ and others, his immediate plans are to make a PS4 Pro based mod of the car from Final Fantasy XV ‘Regalia’, around one and half meter long. For the next year, he wants to start making, (with help of a friend), some artistic arcade machines. The first ones will be a Zelda themed cabinet, then a ‘Tron’ themed cabinet that glows electrically, and a Pokeball cabinet that opens to show controls and the screen. 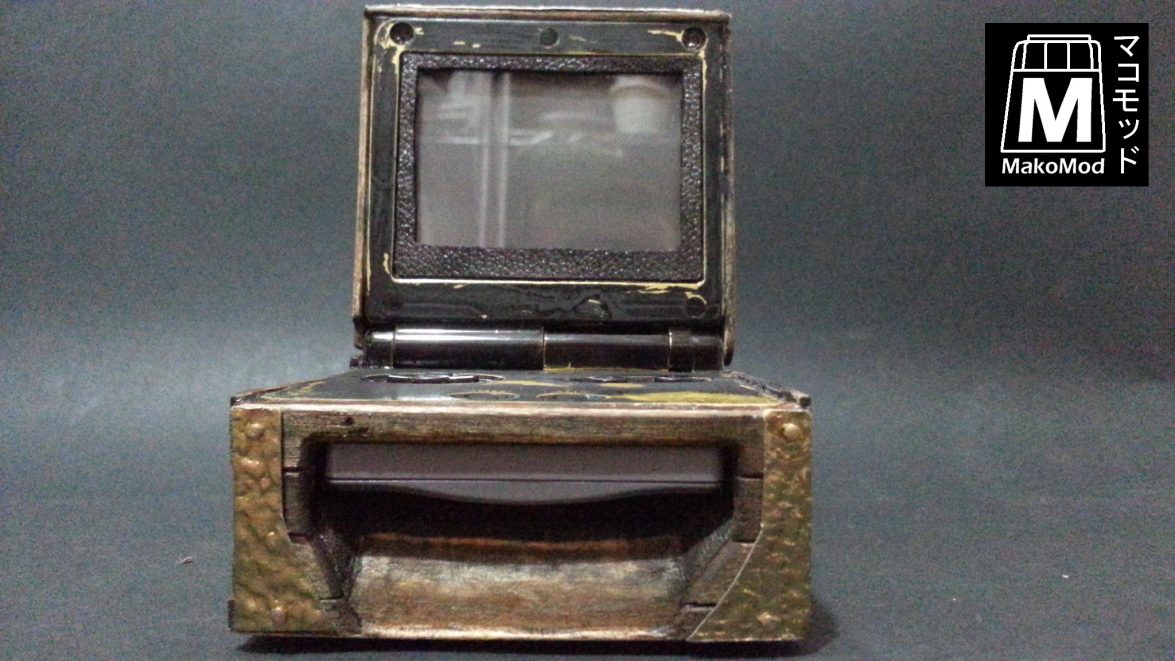 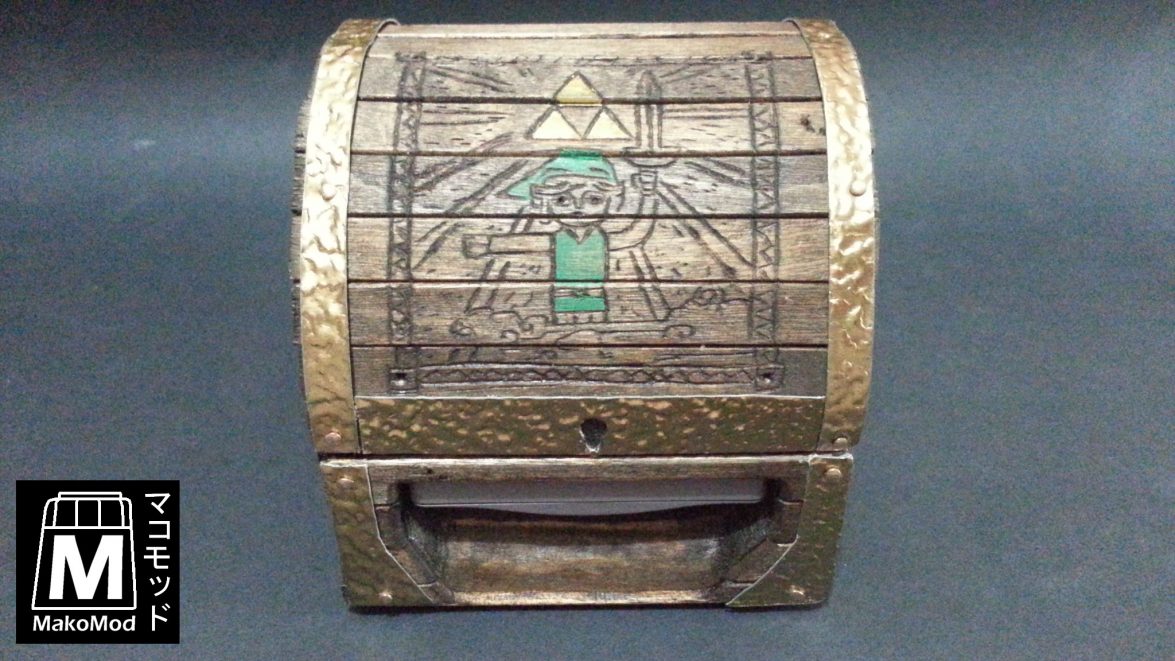 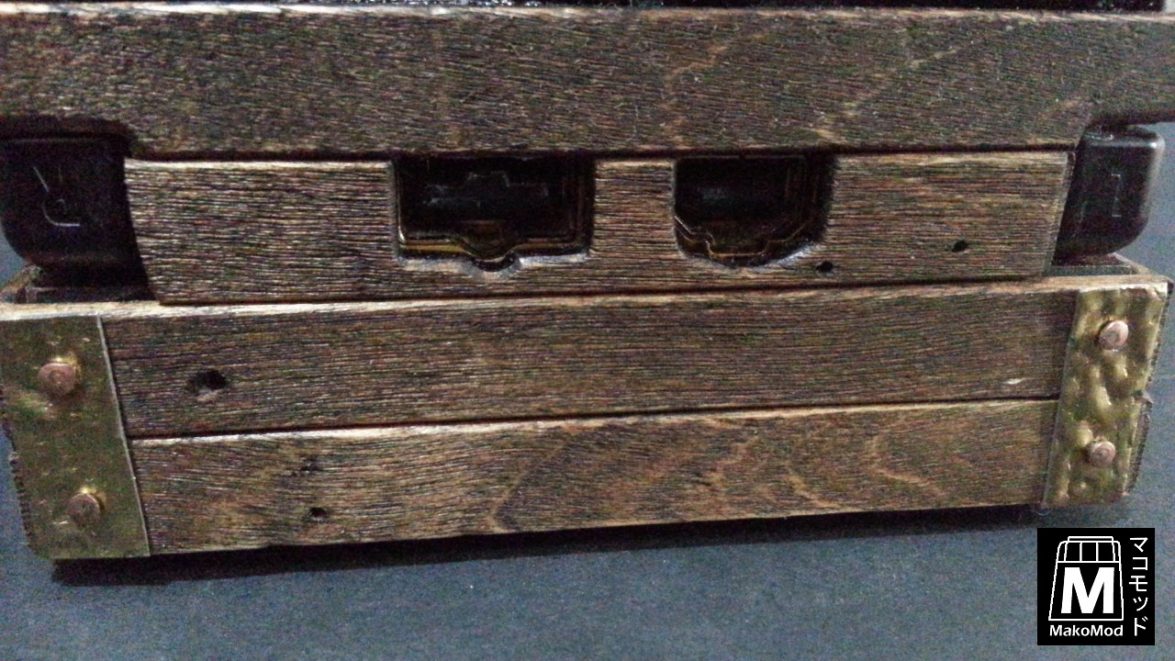 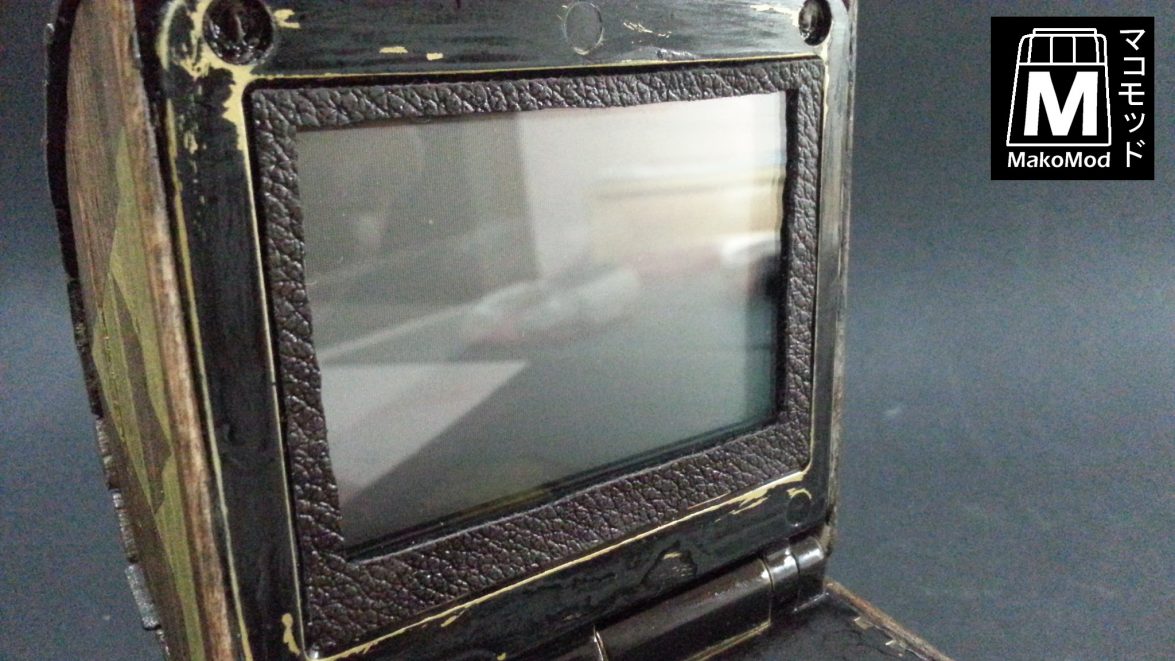 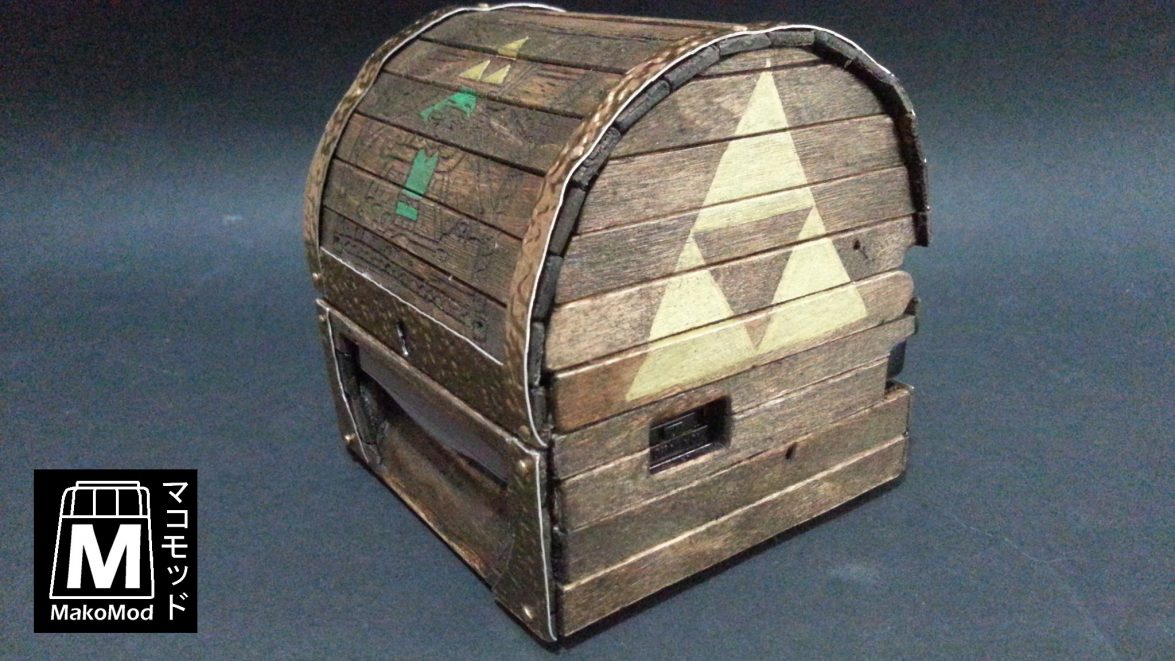 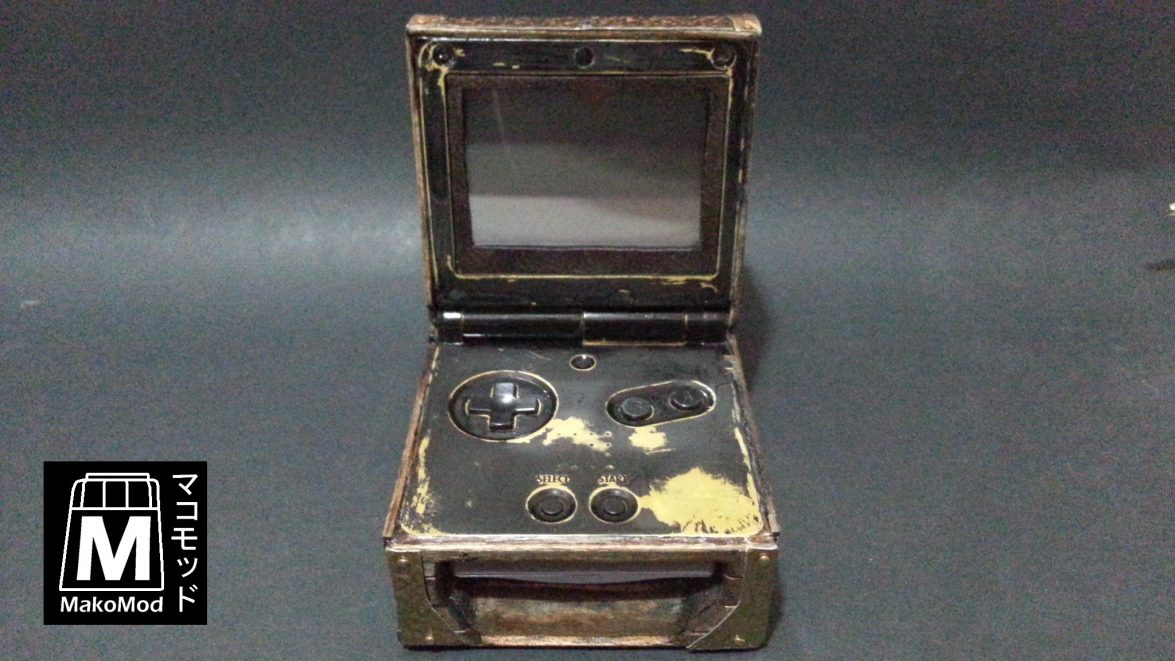 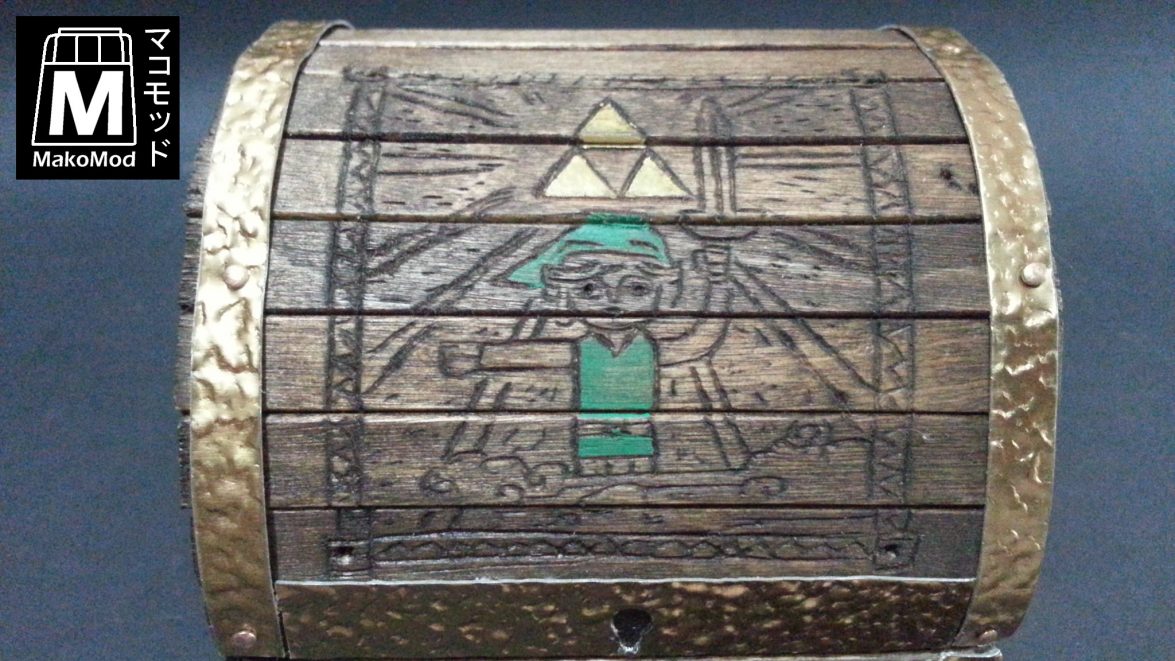 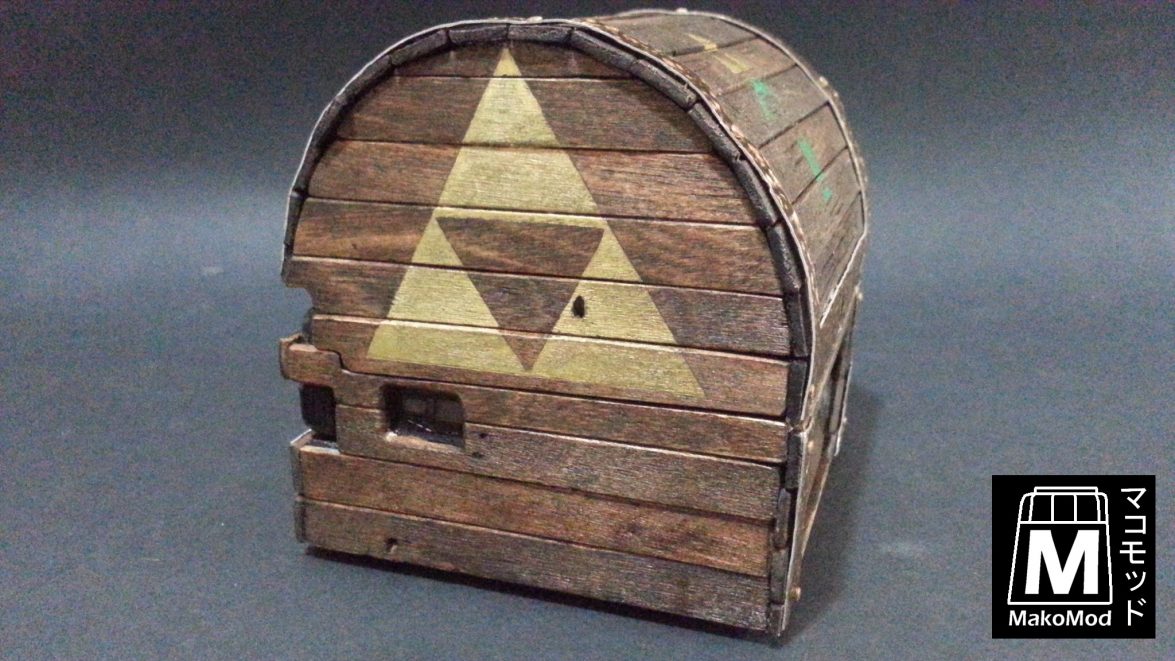 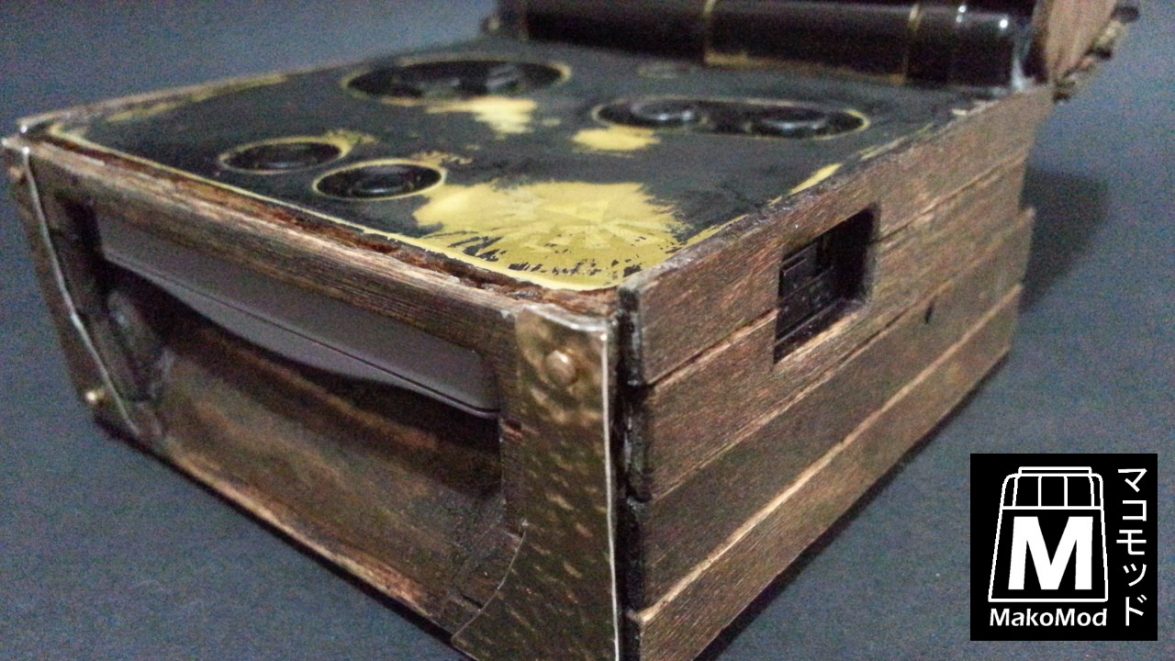 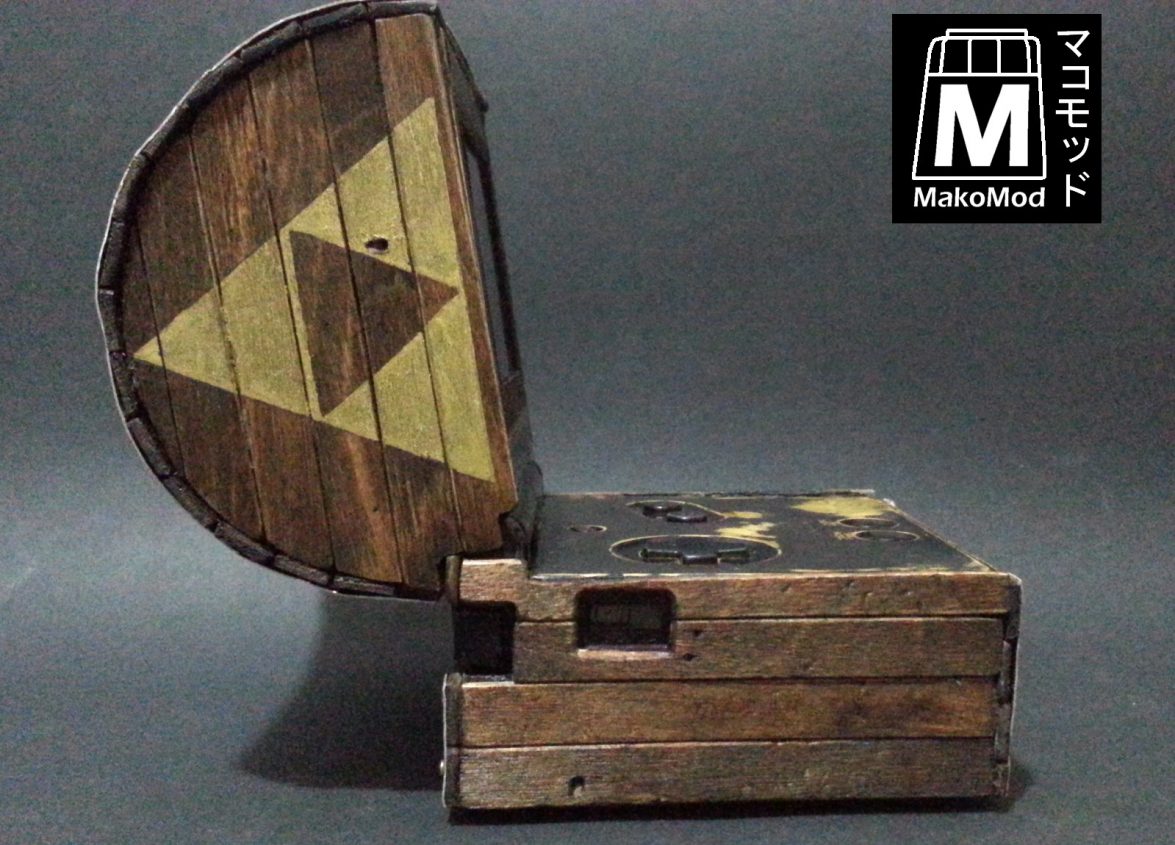 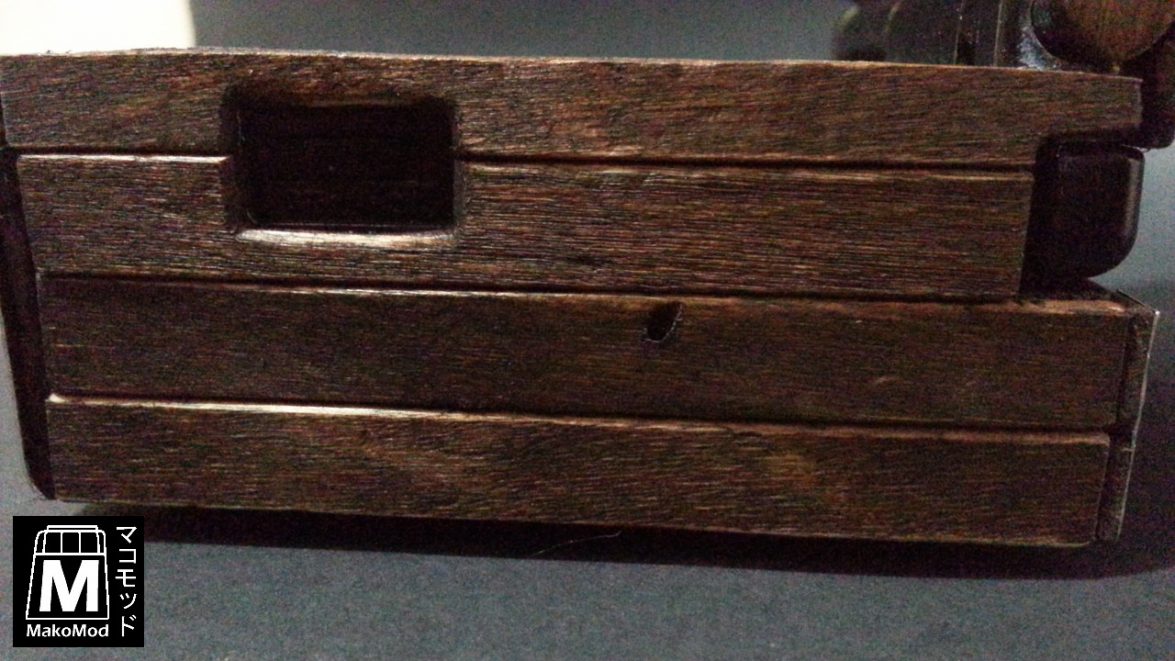 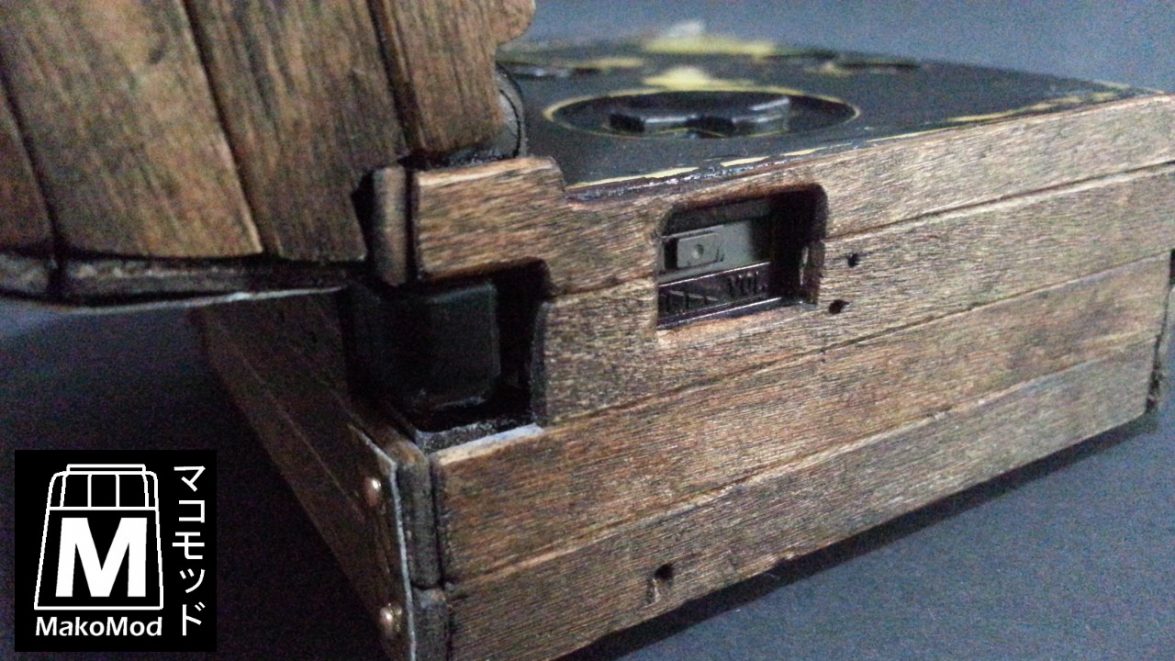 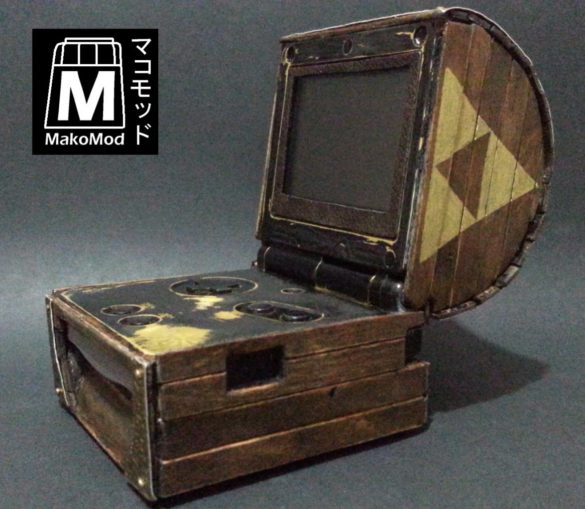 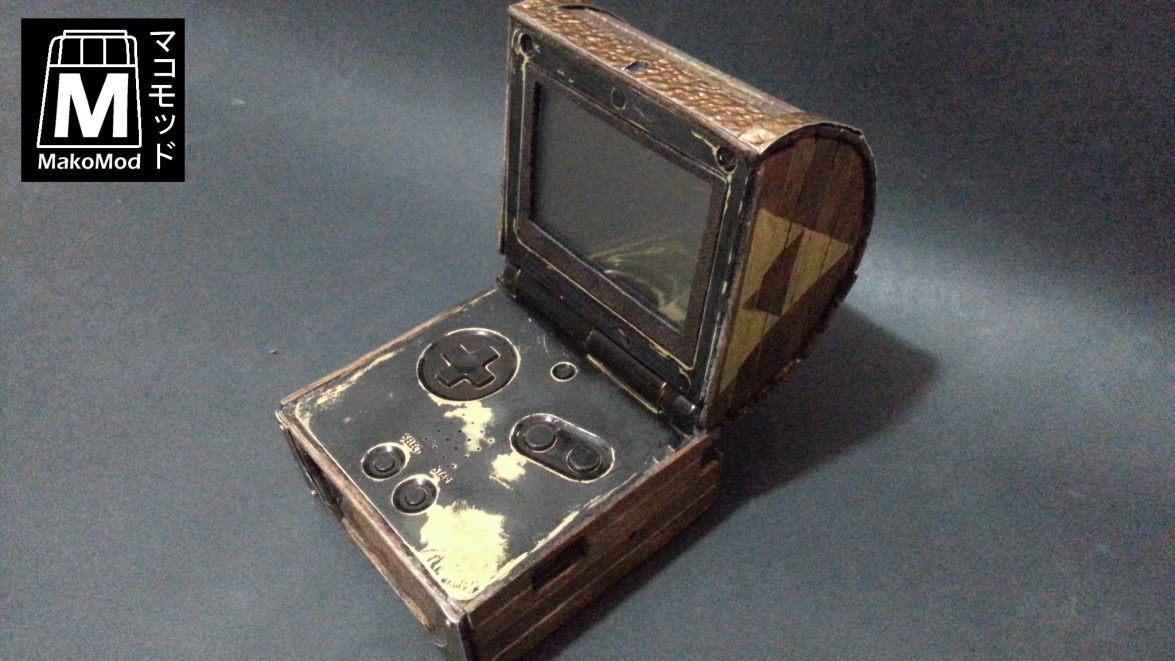 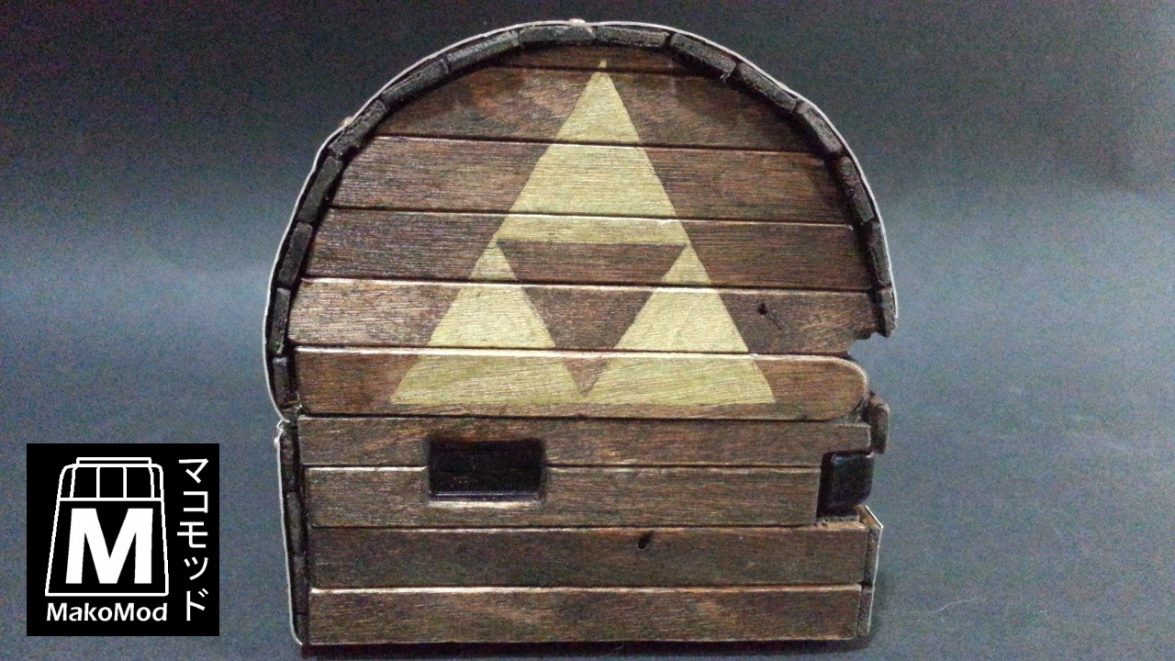 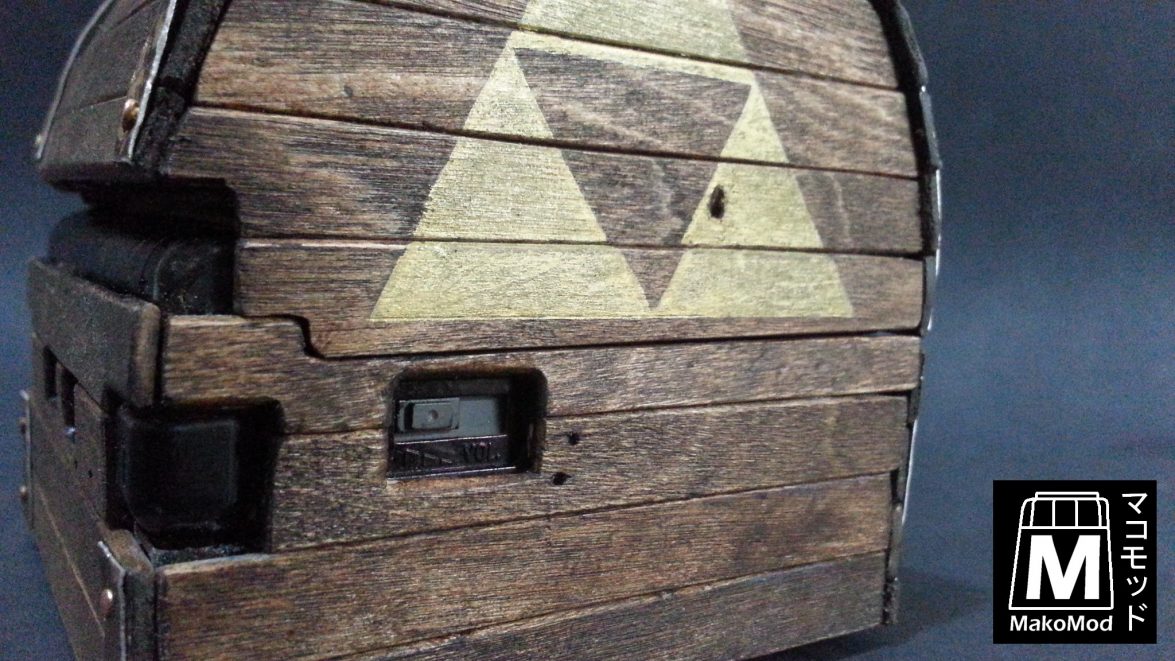 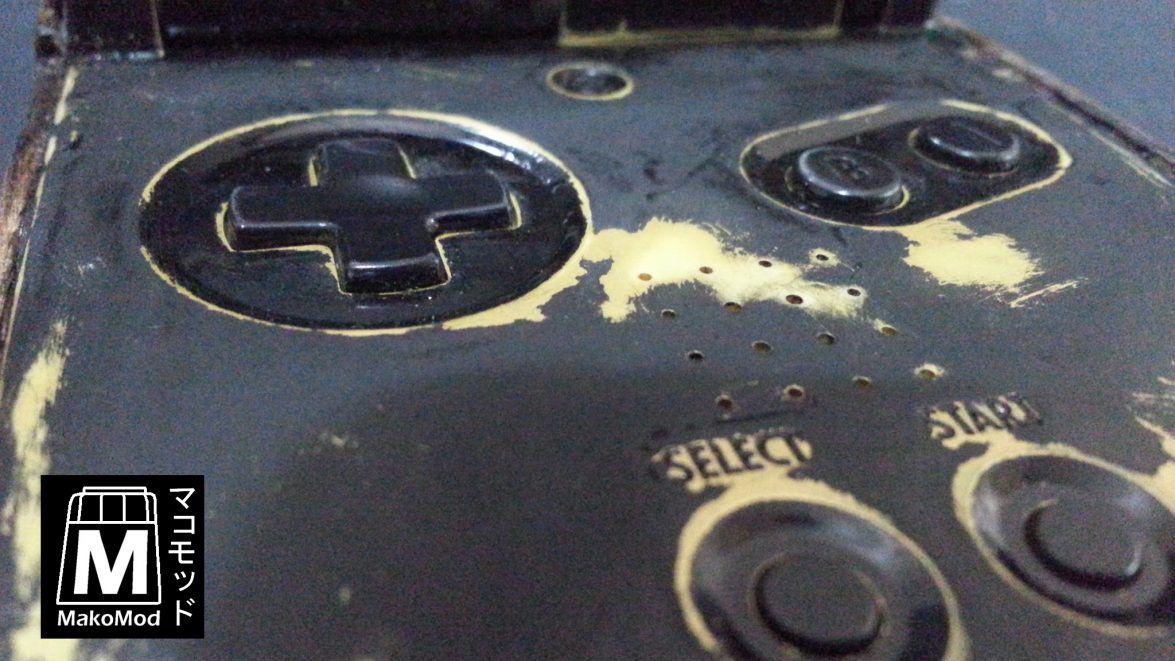 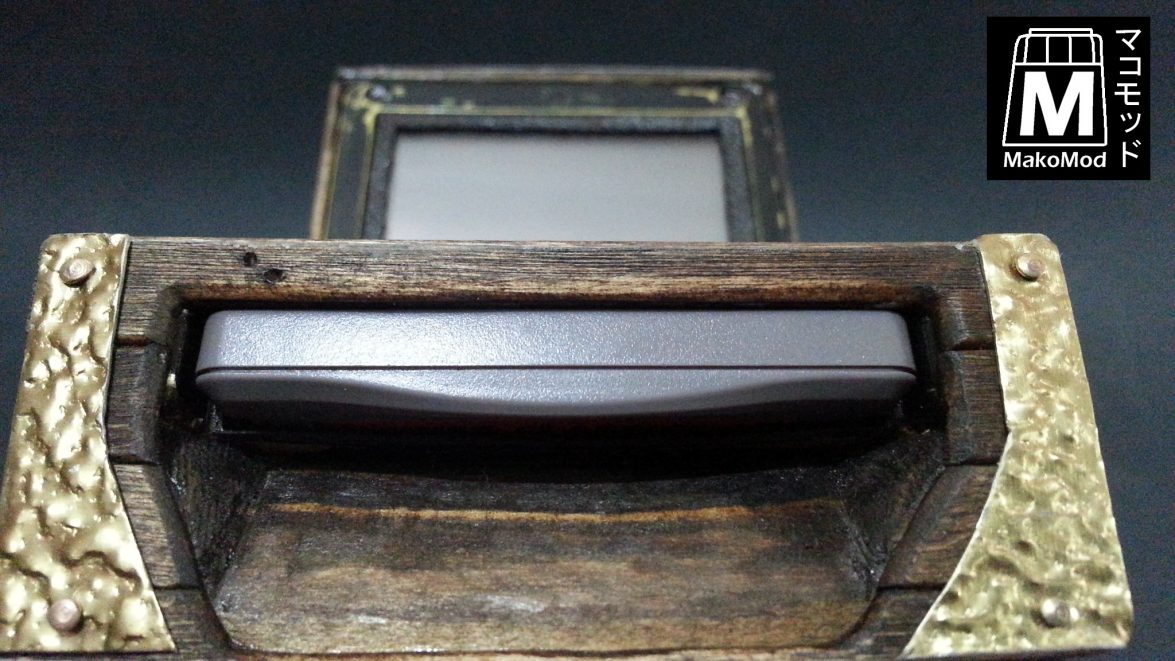 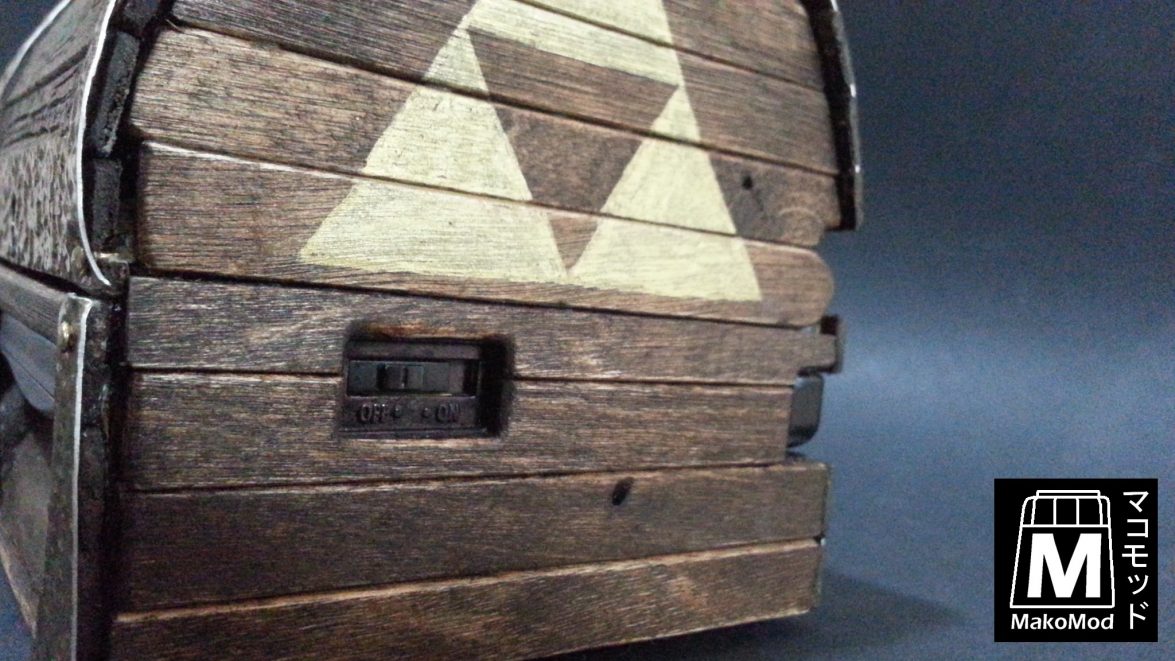