Everything You Need To Know About Esports In 2023

2022 has ended, and the year can be concluded as a successful year for esports. The esports scene has seen growth in viewership, player base, and prize pools, so we expect the industry to continue to ramp up in value. That being said, it’s normal for new fans to be interested in esports. If you’re looking to get into the esports scene in 2023, here are five things you might want to know!

Coming into 2023, Team Liquid remains one of the largest and most popular esports organizations in the entire world! The North American esports team was founded in 2000 and has gained popularity for having teams in multiple esports divisions.

As a result of their diverse presence in different esports titles, Team Liquid is the organization with the highest total team earnings, with a shocking $43,973,195 in total prize winnings! Almost $25 million of Team Liquid’s winnings solely came from their Dota 2 squad. The remainder of the prize money was accumulated from a total of 2391 tournaments, which shows that you can see Team Liquid in almost any esports tournament in any esports game.

Team Liquid is backed up by massive sponsors, such as Honda, Coinbase, Alienware, Verizon, and more. Based on a recent company valuation, Team Liquid is valued at around $415 million, making them one of the most valuable esports organizations in the world!

Esports Is Influencing The Media And Pop Culture

In 2020, esports had 436 million active viewers and players. Three years later, we are looking at 540 million esports fans in 2023! The esports industry has faced extraordinary growth, as we have gathered over 100 million more fans to hop on the esports train. 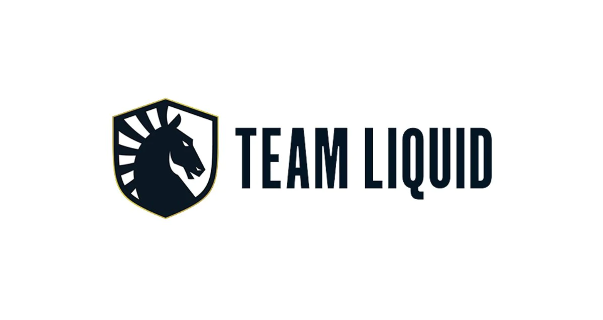 As a result of the rapid growth esports is facing, competitive video games are now integrating into pop culture. Wealthy investors and brands have been flooding in as they see the potential in the future of esports.

Esports is also receiving a ton of media attention, as professional esports matches are broadcast on multiple television channels. Musical artists have also gotten themselves involved in many ways. American rapper Drake has reportedly invested $25 million in the esports organization 100Thieves. Musicians such as Lil Nas X and Zedd have also actively made official soundtracks for esports games such as League of Legends and Valorant.

League of Legends Is The Most Popular Esport

Though we have an excellent lineup of esports games and genres, one title stands among the rest. League of Legends is the most popular esports in 2022 in terms of popularity and viewership, and it’s not even close.

League of Legends is a five-versus-five Multiplayer Online Battle Arena (MOBA) game. The game has 150 million registered users and a peak daily player base that averages around 13 to 14 million players. These statistics alone make League of Legends one of the most-played esports games in 2022.

Millions of players play the game daily, and most of the League of Legends player base also supports the game’s professional scene. League of Legends is the most-watched esports game, with a total of 618 million hours watched in 2022. The LoL World Championship had a peak viewership of 5,147,701 viewers, which breaks any viewership record for an esports tournament.

Not only are individual esports titles facing rapid growth in popularity and development, but the esports betting scene is rising to the top too. Many esports fans prefer placing bets on esports tournaments and matches, making the games more entertaining. The thrill of placing a bet on your favorite team and watching them play live makes watching professional matches enjoyable.

It is also important to note that esports betting sites are giving back to the esports community in one way or another. Lots of the best esports bookmakers are sponsoring professional teams and players financially. Many upcoming teams have their boot camps fully funded by betting sponsors, which helps these rookie players grow. Eventually, with the help of betting sponsors, these players will be able to rise to the top and provide more competition within the professional scene.

Despite the game only being three months old coming into 2023, Overwatch 2 is consistently gaining around 800 thousand to 1 million players daily! The updated graphics and fast-paced gameplay appeal nicely to the esports audience, which is why esports fans have high hopes that Overwatch 2 will succeed in 2023.

In conclusion, the esports industry is already a billion-dollar industry and continues to receive massive attention. Esports organizations are worth half a billion dollars, and esports tournaments are already influencing the media and entering the pop culture. We expect to see games such as League of Legends and Overwatch 2 dominate viewership charts in 2023!