“Mortal Komat X” director, Ed Boon, is now officially one of the gaming industry’s biggest trolls, as now after 20 years, a hidden menu has been uncovered that’s accessible in arcade cabinets of the original trilogy games. While the menus themselves were first reported about a year ago, his video demonstrations of them have gained Internet traction over the past few hours.

“You can view the codes below, but this video was never intended to reach as many people as it has. I never expected anything like this to happen. I just wanted to report on these codes being discovered and show them in action but I also wanted to give a little backstory for the people who might not know it. I’m sorry if you think I’m repetitive and long-winded, but I’m not good as coming up with stuff to say off the cusp and I tried my best to explain what these entailed. I was also not aware at the time I made this video that these had actually been discovered last October at TCRF and not a few days ago. I was under the impression that it was a few days ago based on the conversation I had with the person who told me about them. Sorry about that. Thanks for viewing at any rate” – Mike (YourMKArcadeSource) 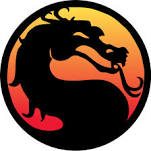 The so-called EJB menu is buried in all “Mortal Kombat,” “Mortal Kombat II” and “Mortal Kombat III” arcade machines, and they’re all essentially identical. They feature diagnostics tests, bookkeeping options for coins and an additional credits menu that lists 36 special individuals on a first-name basis. Most critically, however, is a character endings option. There, lucky players can watch the ending sequences for any fighter in the game.

At the present time, however, this industry legend (Ed Boon) is far removed from the original “Mortal Kombat” trilogy. In fact, much of his creative energy is now behind “Mortal Kombat X.” One week from today, that game’sKombat Pack 2 of DLC will release on PS4 and Xbox One. After teasers, the final batch of content will finally be available. It arrives alongside a “Mortal Kombat XL” build that includes the DLC at full retail price. 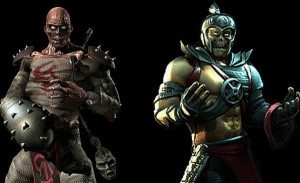 Several Teasers for DLC on Mortal Kombat: X have dropped – all by Ed Boon (Troller!)

Those that would like to see the EJB menus for themselves can use the button presses below on applicable arcade cabinets. It may take several attempts to trigger.

The standard version of “Mortal Kombat X” is available now on PS4, Xbox One, PC and mobile devices.

The King of Claw – 3,000 toys from machines in 6 months – owners beg him to stop playing